Out With The Old, In With the New 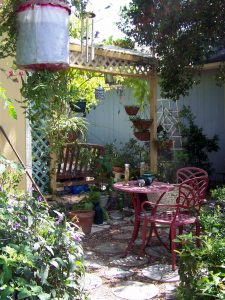 The New Year, that is. Bye-bye to 2013, hello to 2014; this an exception to the saying about preferring a known evil to the one you know nothing of, but then it's not like we have a choice. Here we go, on a rocket-launch into the unknown, willy-nilly – without any guidance save being certain to eat black-eyed peas on New Year's Day.

I looked back at certain resolutions that I made at the end of 2012 – sell the relatively useless (to me) property I owned in California and buy a piece of Texas paradise, finish my next book and sell a great quantity of copies of all my books at year-end events, to switch over from a national bank to a Texas establishment for all my banking needs, pay off a major creditor, ditch cable television and switch over to a Roku box with internet video amusements for an evening, and to have an extensive vegetable garden in my back yard. Yea, verily – I wanted to have enough vegetables and greens for all our dining needs for a good part of the year, and that is one of the things that I still want to happen. I did accomplish just about all the other items, though – selling the California property, paying off the credit union, switching to Frost Bank, ditching cable TV, and the book – The Quivera Trail – was finished on time, too. Alas, I did not have quite as much in sales at various events as previous experience led me to expect; it seems that everyone was counting the pennies this year. Not that I mind, as I was counting them myself. 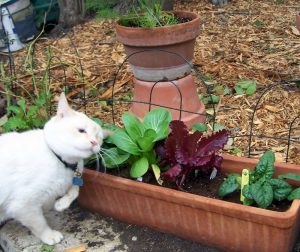 And there were some unexpected things which happened this last year as well; the transmission of my daughter's car needed a rebuild, the sale of the property allowed us to afford a totally rebuild of the HVAC system in the house, one of the cats died (of old age – dear old Sammy!) but we acquired another, a kitten who promises to be as large, friendly and eccentric as Sammy ... and another dog, a dump-ee in the neighborhood. This one is mostly terrier and thinks he is a cat, being nimble, insanely intelligent and totally fearless. We call him Nemo because ... we found him. We also found a mountain bike – abandoned in the creek-bed which runs through the neighborhood. No one has claimed it yet, so I can see that biking the various trails along the San Antonio creek greenways is in our future.

The garden simply has to happen – that is a given. Raised beds, edible stuff grown in various patches, the folding plastic greenhouse made complete use of ... and the dog poop cleared out on a more regular basis. In a few days, I will call the tree guy who works our neighborhood to come and sort out the magnificent mulberry which shades the back yard – which was butchered almost to the point of dying, first by the local utility crew clearing away errant branches from the power-lines, and then a couple of years of serious drought. It recovered, but this winter it simply has to be shaped properly into a dense and compact lollipop of a shade tree. And the pair of weed shrubs which planted themselves and grew into small saplings have to go – as well as the red-leaved photina which the first owner of my house planted too darned close to the house. That will give scope to re-doing the front entryway; those are my plans for the 2014. What are yours? 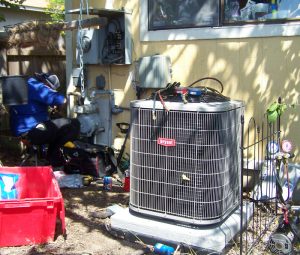