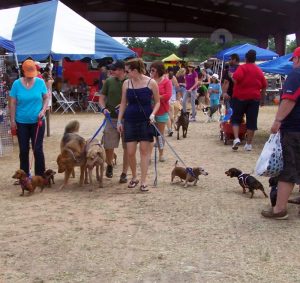 Just to get into the mood and establish the mental sound-track, imagine a mariachi band kicking it into raucous high gear. Now, imagine a ten day long city-wide block party, food festival, oyster feast, rock concert, art show, parade, debutant ball and live comic burlesque ... yes, it's Fiesta time again in San Antonio, with the usual packed schedule of events suited to every taste. From Night in Old San Antonio in La Villita, to the Battle of Roses parade; it's a couther and more family-friendly version of New Orleans' Mardi Gras, as a commenter once described it. Fiesta began over a hundred years ago, with a simple modest parade of flower-bedecked carriages and bicycles to honor the heroes of the Alamo and Sam Houston's victory at San Jacinto. But everybody – simply everybody wanted in on the fun, and so Fiesta has grown, and grown and grown into it's present extravagant form. Everyone loves a party – and the more the merrier.

However ... it does make downtown San Antonio more than usually challenging, especially around those locations serving as event venues, and if the thought of heavy traffic and cheek-by-jowl crowds do not appeal, there is an alternate amusement over the weekend of the 27th-28th in the pleasant little town of Buda, just about an hour's drive north on IH-35. That would be the world-famous Buda Wiener Dog Race, sponsored by the local Lions Club, which began sixteen years ago as a fund-raising hot dog roast, and then someone had the brilliant notion of including a dachshund race ... an 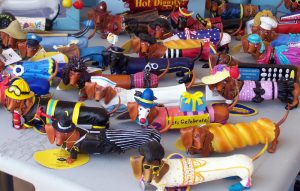 d like the Fiesta in San Antonio, it just grew from there. This year's event poster – which is always a riff on a popular movie – is "Les Wienerables." Previous years posters have been "Lord of the Wien," "Wieners of the Caribbean" and "Gone With the Wiener." The whole thing is totally dog-friendly, even to non-dachshunds, and runs like a well-oiled machine. Instead of trying to find a parking place near the park in downtown Buda, the Lions have set up event parking in a huge open field behind the Cabela's – and run frequent shuttle busses to the event venue in the Buda City Park. 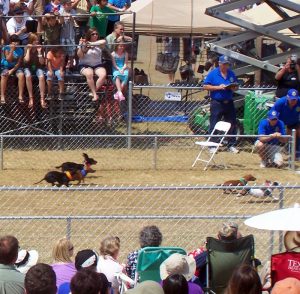 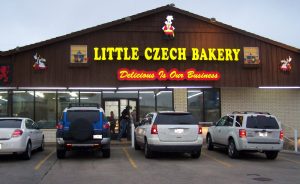 And on a serious note – a little over three weeks ago, my daughter and I went up to Fort Worth for a book event. We made a pit-stop at the Little Czech Bakery in West, which I wrote up in an account of our road trip later. We were absolutely horrified to hear about the fertilizer plant explosion; an explosion so violent that it was heard for miles and demolished nearby houses and apartment buildings as if they had been made of balsa wood. But worse than loosing homes – which can and will be rebuilt – is that West's volunteer fire department lost about a third of their number. That is a catastrophe for a small town and a tragedy for their families and friends. Human lives cannot be replaced, as much as we would wish it. But things can be and a home rebuilt, as I know from my parent's experience when their retirement home burned in a wildfire in 2003. Knowing at least that strangers cared softened the loss of their home in a small way. Currently, HEB is collecting donations for the relief of those residents of West who have lost practically everything but the clothes they stood up in, as is the Salvation Army, the Red Cross and many individuals. As soon as we can, my daughter and I plan to drive up to Waco and to the Czech Stop – and this time, we'll buy a dozen kolaches at the Little Czech Bakery.