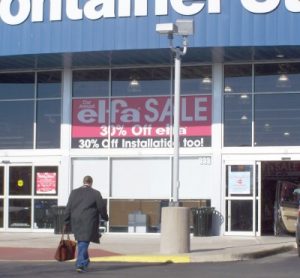 We do sales, but we don't do sale-sales . . . that is, our enthusiasm for getting up at the crack of midnight on Black Friday and waiting in the parking lot of a big-box store with a mob of sleepy and cranky other cheapskates to purchase some piece-o-dreck from China is . . . well, let's just say that urge is well under control. But thrift stores, yard sales, craft shows - we are so there. We are especially there after Christmas, when the deals are even better for season-specific things, like wrapping paper, boxes, and relatively imperishable foods. My daughter, the queen of all bargain-shoppers made her list this year and checked it twice; those things she specifically wanted, those things that she would buy if they were marked down sufficiently, and the list of places we would hit - based upon proximity and opening hours . . . and most of all, her budget.

9:30 and we're off: First stop, our friendly neighborhood HEB - the seasonal items aisle for LED lights, for next years' tree. Blondie had her eye on those, ever since she overheard one of the managers talking about how they would be marked down after Christmas. Decided not to buy a couple of strings of the LED icicle lights, as they might not match the icicle lights we have already. Haul: four sets of LED lights. 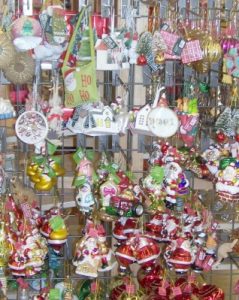 Stop 2 - World Market, in the same complex where the Alamo Drafthouse is - where Central Park Mall used to be, along the 410 frontage between McCullough and Blanco. Christmas ornaments marked down . . . decided not to, upon mature consideration. Blown glass, and playful cats - not a sustainable situation. Final haul: A glass bead cuff bracelet, in gold and dark blue, and three boxes of crackers; they had a buy one, get two free deal.

Stop 3 - The Container Store, over and across 410; gift wrappings, boxes, containers and stuff - which would have been excellent bargains, but that we already had enough for the next few Christmases. Today, the final haul was mixed; Blondie bought a pair of plastic reels to coil Christmas lights around . . . and I bought a little box to keep a stick of butter in. Glass dishes break, the plastic one we have doesn't fit . . . so on to Stop 4 -

Half Price Books - my personal fave. Found a copy of J. Frank Dobie's The Longhorns, and regretfully passed up a book on historic buildings of Fredericksburg. Blondie bought an illustrated atlas of mythical and semi-mythical creatures ancient and modern. Not only are the books half off, but they have an additional 20% off until the end of the year. Final haul: four books, and a vow to return before the end of the year . . . 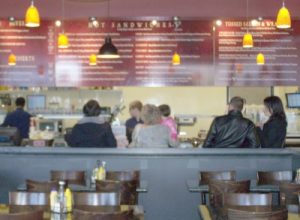 Stop 5 - hey, time to break for lunch. Among the enterprises which rose up in the rubble of the Central Park Mall is a sandwich place which piqued Blondie's interest: the Earl of Sandwich. It's a chain, but a relatively short one, it appears. Inside, very nice and comfortable, and the sandwiches pretty good. Just exactly the right size, Blondie says - not to filling, but just enough.

Stop 6 - Catherines', off Rector, in back of the North Star Mall: 80% off certain items of lingerie was the draw. Blondie picked up an ornamented tee shirt and a light jacket - from the sale racks, of course. She is coming down to the end of what she had budgeted for today, so it's just as well there is only one more stop.

Stop 7 - Tuesday Morning, which is one of our perennial favorites for kitchen gadgets, gifts, linens and towels . . . and the reason that we didn't need to load up on Christmas wrap at stop 3. Actually, nothing really sent us . . . so we called it a day and went home.

Sometimes, a bargain shopper has to know their own limitations . . . 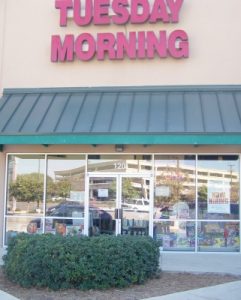 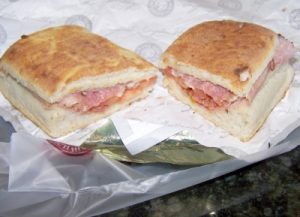 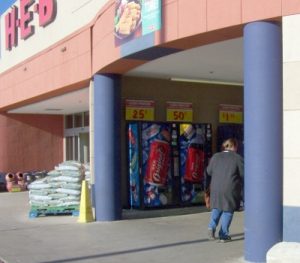 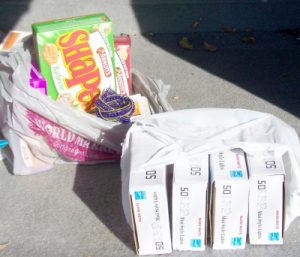 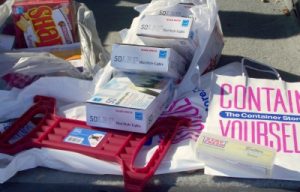 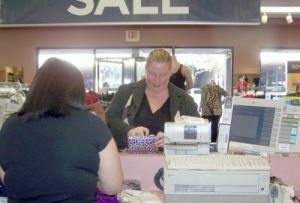