All the Tea in India

All the Tea in India 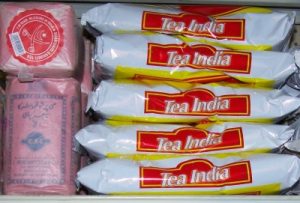 Believe it or not, there are some food items that my family has a taste for, which just aren’t carried at the San Antonio HEB – bit of a shock to find that out, I know – but it’s true. Our very own local chain grocery store dynamo has a few of our personal food quirks left un-met. Some of those taste preferences were acquired through our eccentric family background and others through long service overseas, and so South Texas HEB can perhaps be forgiven for missing out. Since we have located a series of suitable subs – well, we won’t hold that against them. 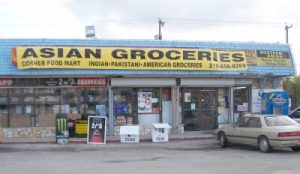 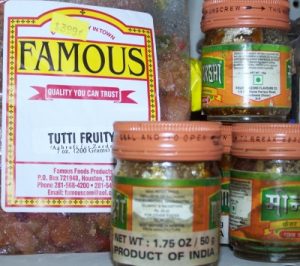 The family legend has it that my very English Great-grandmother Alice carried around her own personal stock of tea – and when asking for hot tea in a restaurant, demanded that the staff supply her only with a tea-pot and a kettle of water – and said kettle had better still be bubbling when it was carried to her table. So, yes – tea is one of those absolutes. In my house, tea is made with bubble-boiling water, and loose tea leaves. As my Liverpudlian Granny Dodie used to say – it should be strong enough to trot a mouse over. (A completely unsanitary and perhaps revolting mental image – but still; a good cuppa must be strong, solid, powerful – the stuff that fueled the building of an empire. Tea bags are for sissies and people too lazy to bother with preparing a good pot of tea.) 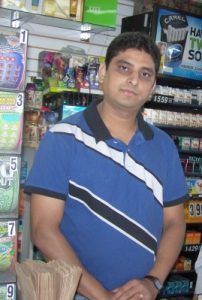 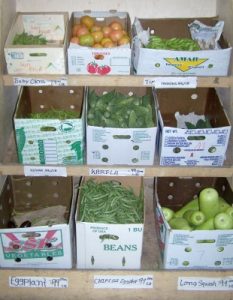 And because we spent some wonderful years living in Greece, and my daughter had a TDY in Egypt – we like real yoghurt, that sort of yoghurt which is as sour and rich as sour cream, not adulterated with gelatin and disgustingly artificial fruit flavors. There were other foods that we had a yearning for – and even venues such as Sun Harvest Farms and Whole Foods just didn’t come close to meeting. Those yearnings were met, almost by accident, when we discovered an Asian grocery, in a cunning disguise. 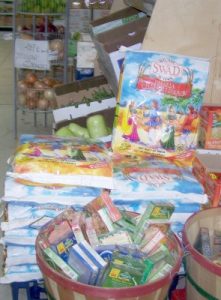 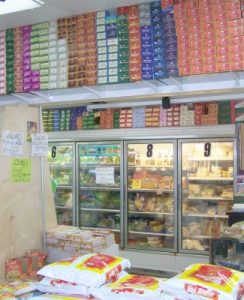 From the outside, it looks like a completely ordinary gas station quickie-mart, on the corner of IH 35 East and Starcrest. It even has gas pumps outside, and a nearly defunct pay phone outside, adding to the illusion of being completely common-place, and even slightly sordid. A step inside - it still looks like a gas-station: cigarettes and lottery tickets, and all. But this is deceptive – farther inside, this is a cave of delights, stacked high with exotic good food of every sort; fresh or frozen, take-away, or in bulk; dairy, candy, dried, liquid . . . it’s all there, stacked up to the ceiling. 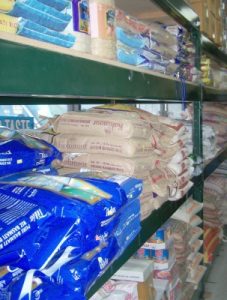 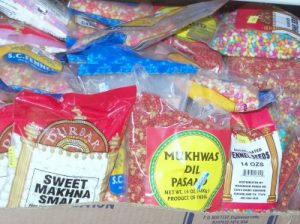 The only business establishment I have ever encountered with a better disguise was a money-exchange place in Itaewon, South Korea, which looked like a place selling exotic underwear. What I liked from the first moment I ventured inside the market, was how it smelled. It smelled pleasant and faintly perfumery; that would be the boxes of oriental incense.

All along the front windows are racks filled with twenty-pound sacks of rice, Jasmine and Basmanti rice, with it’s own faint sweet scent. And bags of black and herbal teas, of candy and spices, pastries, and frozen entrees and fresh vegetables . . . the owners and the regular staff are friendly and open, terribly helpful, happy to recommend this or that, explain what this spice is used in, or what brand is better than another. They recommended Wagh Bakri International blend tea – and sometime after Christmas I will get around to exploring some of their other food recommendations.