Along the King William Reach 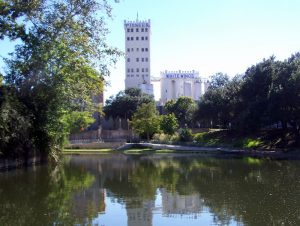 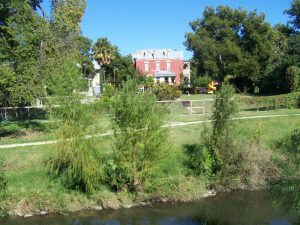 We had reason to go downtown the weekend before last; we were baffled of our intent to park in the big lot opposite the federal building on Durango/Cesar Chavez. It is most usually free and only a short walk into Exposition Park, the Alamo Plaza and La Villita from there, but the beer festival in Exposition Park baffled us of that intent, and so we parked in the structure at Commerce and North Presa. At $12 for three hours we decided to make a day of it, and do something daring and reckless so that my daughter could cross it off her bucket list. She has always wanted to go in and eat at Schilo's Delicatessen, but every time before, we were defeated by a wait for a table 45 minutes long, or a tight schedule, or something. We had often looked longingly into the amazing period interior; yes, this is what these old turn-of-the-last century places looked like; tall ceiling (covered with stamped tin) high windows, a multi-colored tile floor made of those nickel-sized hexagonal tiles, old wooden pastry cases and booths with a hat-and-coat hook on the end of every bench. There was a time when every chop-house, delicatessen or restaurant looked just like this. 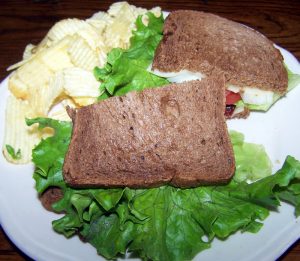 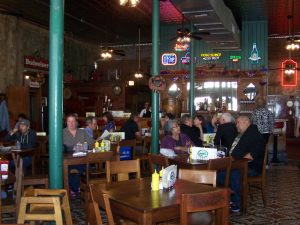 We had our chance this last Saturday; Schilos was about three-quarters full. Another cause for amazement is that the prices are extremely affordable, especially considered for downtown, and competitive with the McDonalds' just across the street. Third thing – the staff are friendly and attentive. My daughter went all-out and had one of their signature sandwiches – a Reuben, while I tried out the patty-melt, which came with a very generous helping of potato chips. Almost too generous; the couple at the table next to us had two small children with them, and I considered offering them the chips to keep the kinds distracted while their order was being prepared. We tried out the home-made root beer, which was absolutely perfect; not too sweet and not to fizzy, and came in an ice-cold mug. At the very end of our sandwiches, the waitress suggested dessert, which we hardly ever eat – but she talked up the pumpkin cheesecake, a new offering. (Their other popular dessert seems to be bread pudding.) We split a piece – and like the root-beer – it was perfect. Not to sweet, but perfectly flavored – and we were going to be walking it off, anyway. 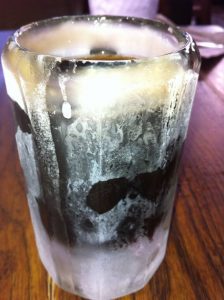 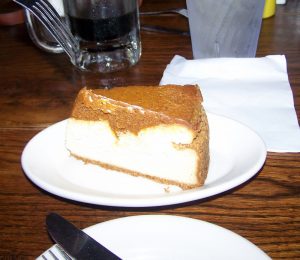 Walking it off – that meant a meander along the Riverwalk. This time, we parked at the Blue Star Arts complex and walked back towards King William. The cool fall weather was just perfect for this excursion; not a cloud in the sky, the grass still summer-green, and those trees given to dropping leaves not dropping them as yet. I am still marveling at how close everything actually is in San Antonio, and how very close a residential neighborhood can be to an industrial one – like the Pioneer Flour mill is to King William. My daughter loves the old Victorian cottages and mansions, although we could neither of us afford to live in one yet – and I am not quite certain that I would want to, knowing what I know about antique plumbing, peculiarities of electrification and nonexistent HVAC systems. I suppose the ideal solution would be a modern house with all of that, but built to 19th century plans. We did see one house under construction where this was being tried, but it didn't look quite right to us. The porches weren't deep enough, and the windows and porch columns themselves weren't quite there. And that was my weekend – yours? 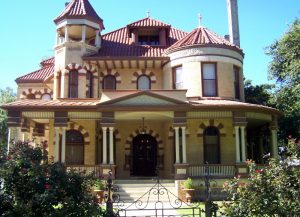 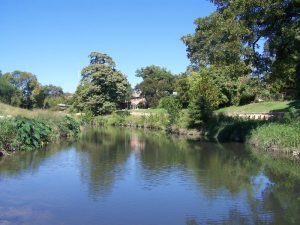 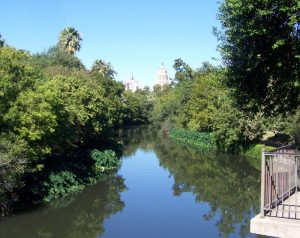