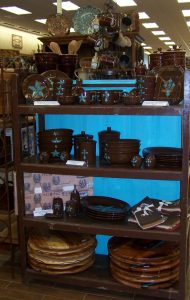 Since we are somewhat experienced as long-haul road-trippers, we are – thank you very much – aficionados of those beside-the-highway establishments set up to offer gas, food, conveniences, or even just a place to pull over to stretch one's legs and let the dog romp for a bit. Some of these places – like the Pilot Travel Centers and Flying J truck plazas – offer (or did offer, the last time we checked) amazing coffee, with half-and-half on tap, not those nasty little mini-containers of liquid chalk. And when I was stationed at Hill AFB in Ogden, Utah, we always used to calculate our commute to Southern California on I-15 to include a breakfast or lunch stop for burgers at the Bun Boy, in either Barstow or Baker – heck, my grandparents used to go to Los Vegas back in the day, and my father remembers stopping at the Bun Boy even then. The burgers were fantastic, the breakfast plates were huge, and there was always a lot of interesting people at the counter, including truck drivers who could tell you down to the mile marker where all the speed traps were. (Alas, the Baker Bun Boy, next to the world's tallest thermometer went out of business a while ago.) 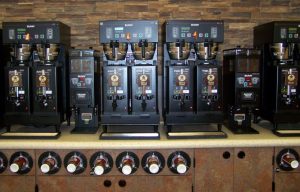 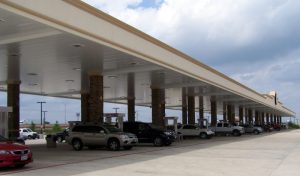 Head, shoulders and a good bit of torso above many such roadside establishments in which to pause in the midst of the weary journey is Buc-ee's. What is Buc-ee's? You may well ask; the answer is that it's a chain of nineteen stores in South Texas aimed at supporting the long-drive motorist. It has a beaver mascot, a string of amusing and sometimes slightly raunchy billboards along the highways advertising their presence ... and the cleanest bathrooms around. They started in the early eighties, offering cheap bags of ice, reasonably priced and good-quality food, and the aforementioned bathrooms ... all of these things being hugely appreciated by travelers who have encountered ... well, let's just say that overpriced ice, horrible, expensive food and truly nasty bathrooms are more the usual thing for long-haul travelers. Remind me to tell you about the service station bathroom on the highway near Gibraltar which we once encountered. My then nine-year-old daughter took one horrified look at it and said, "Mom, I don't have to go that bad." 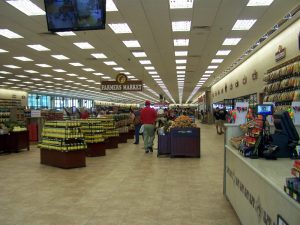 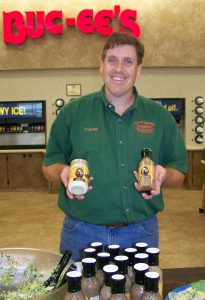 This being Texas, Buc-ee's offers everything bigger, better and relatively cheaper ... and more gas station lanes than I have ever seen in one place before. In short, it is to your usual truck plaza/traveler's rest stop as Buckingham Palace is to a crumbling double-wide in a trailer park on the bad side of town ... especially the latest Buc-ee's, which opened this week in New Braunfels. The Luling Buc-ee's, which we knew best, is now but a small annex to the splendor and glory of the New Braunfels outlet. I had never in my life seen a travel-plaza with servers cutting up BBQ brisket on a wooden stand ... or a made-to-order deli ... with a row of computer stations to place your order. Or as many soft-drink spigots as there were; seventy-five in a row, or so said one of the duty managers giving away samples of coleslaw and dips on chips. This new hall of splendors and merchandise is admirably placed just off IH-35 and the turnoffs to Canyon Lake and to Lake McQueeney – and quite honestly, it looks as if they could handle as many travelers at one time as are spectators at regular Spurs games. 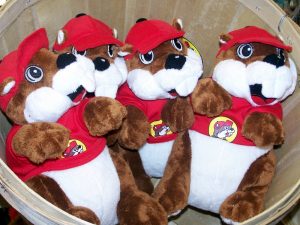 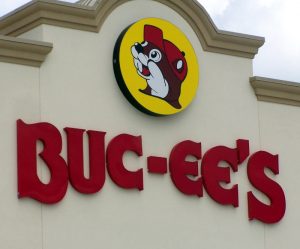