Carp Diem at the McNay

Carp Diem at the McNay 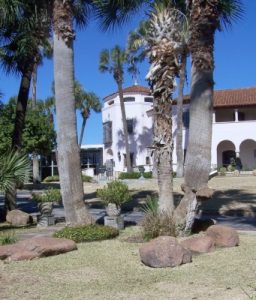 I love the old mansion, and the landscaped grounds at the McNay - sometimes it seems that any town or city with a certain level of accumulation of old money admixed with cultural appreciation has such a museum: a sprawling mansion, in a park-like setting, an eclectic art collection - or a collection of something - purchased by an original owner with sufficient taste and income. Southern California, for instance, has the Huntingdon, Descanso Gardens, and Indianapolis has the Lilly House - and San Antonio has the McNay, at the corner of New Braunfels and the Austin Highway.

The mansion that Jessie Marion Koogler McNay Atkinson built is one of those splendid Jazz-age Spanish-style colonial piles, pale ivory plastered walls with a roof of pale rust-colored tiles, with lots of interesting little porches, balconies and loggias, built around an interior courtyard, and ornamented with all the hand-painted tiles and lacy iron-work. The grounds and the courtyards were further adorned with fountains and semi-tropical plants - this was the ultimate in residential style in 1920, especially in the southern part of the US. 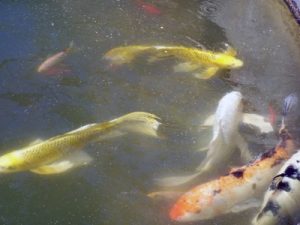 The inside was adorned with her collection of original art, some 700 pieces of 19th and 20th century European and American pieces. Alas, the extension of the McNay, and the means of displaying even more art - is one of those brute modern arrangements of glass and geometric slabs, appended on to the back of the house, like some kind of ugly orthopedic brace. I have never figured out why those in charge of expanding aesthetically pleasing period buildings prefer to deface them by slapping on something so eye-bleedingly different in style. Didn't anyone ever consider that extension built of similar materials, with the signature ornamental elements pared down a notch or two might be sufficient and aesthetically pleasing?

She came from Ohio originally - a fabulously wealthy heiress to an oil fortune, with excellent taste and an accomplished artist in her own right. But she came to San Antonio first in 1918 - not as an artist or a traveler, certainly not as an art collector - but as a war bride to Sergeant Don Denton McNay. Alas, very shortly afterwards, he died in the horrific influenza epidemic which most particularly scourged military camps in that year. She married again, in the mid 1920's - but when that marriage ended, she reverted to using her first husband's surname. 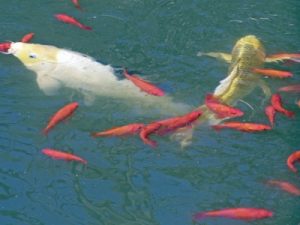 That was the name she used for the rest of her life. One wonders if it were a tragic and romantic gesture, a little way of holding on to a memory of love. Eventually the art collection, the house and more than twenty acres surrounding it, and a substantial endowment to support it were left to establish a museum of modern art, open to the public. It is a lovely and peaceful oasis, in the middle of the suburbs. My daughter's favorite is one of the ornamental ponds - in which there lives a collection of perfectly monstrous ornamental carp. My own favorite is the interior courtyard, which reminds me of those old houses in Spain, all built around just such a courtyard, with a trickling fountain and a bounty of plants in urns.