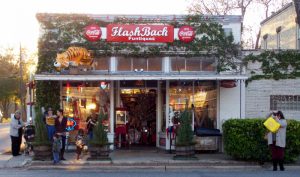 I love those celebratory events fielded by small to medium-sized towns and suburbs in Texas; when everyone pulls together for that once-a-year holiday extravaganza; New Braunfels for the Weihnachtsmarkt, Christmas on the Square in Goliad, and going the full Griswold with Christmas lights in Windcrest, and now Dickens on Main in Beautiful and Historic Downtown Boerne. For the first two Friday and Saturday evenings in Boerne, they block off several blocks of Main Street in downtown, decorate all the storefronts with extravagant lights and ornaments, set up a stage for a performance of Dickens' A Christmas Carol, and costumed carolers. We took it into our heads to check it out. 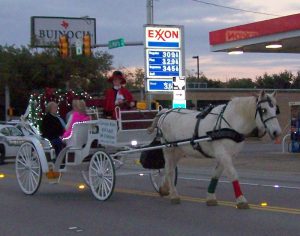 And oh, what fun – live performers, two coaches giving rides up and down Main Street, a good few food carts to supplement the half-dozen restaurants ... and all the stores along that stretch of Main open until 10PM, which must in some way be a strike back against those big-box stores opening in the wee hours on Friday morning. And there was more – Santa, of course, set up in a fairy-light wonderland, vendors selling roast corn ... and we had even heard there would be roasted chestnuts available! Well, everyone knows about chestnuts roasting on an open fire, but darned few people who know the Christmas carol have even tasted them. We have – they were almost our favorite winter street food in Greece, where vendors would set up little charcoal braziers on the sidewalk and sell six large chestnuts or eight small in a little paper cone for 50 drachmas. Alas, it seemed that the roast nut vendor had run out on Saturday night, so we had to content ourselves with walking up and down the street, looking at the lights and dodging being run down at very slow speed by the horses pulling the open coaches. 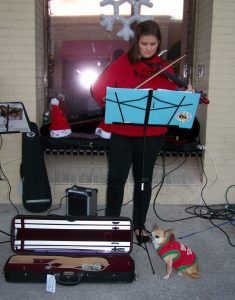 The street got progressively more crowded as the evening went on, but it was all a happy and family-friendly kind of crowd – especially around the petting zoo set up in the town square. The goats were pretty pesky about getting fed, the little white piglets didn't seem to be enjoying it a bit, the hens and ducks were kind of sullenly uncooperative, and the one little donkey wasn't supposed to be given the goat food anyway, so he munched on hay and contemplated the infinite. This didn't seem to matter to the kids; I am certain that most of them have rarely gotten up close to farm animals. (That was another nice thing about living in Greece when my daughter was small; even if we lived in suburban Athens, sheep, goats, rabbits, chickens and donkeys were everywhere. There was even a herd of sheep which went up to the hills every day, on the street going past the house that her baby-sitter lived in.) 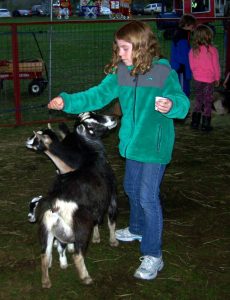 I think the big draw for the kids – other than Santa himself – was the ice sculpture. Two of them set up in front of an appreciate audience to carve ... something ... out of two 300lb blocks of clear ice. Chisels and smaller tools were in play, of course – but the most fun was when they used chain-saws, and the spray of ice shot out and showered the kids. The sculpture turned out to be Santa waving from the top of a chimney, set on a fireplace... with a real fire burning in it.

For brief intervals, they fired up snow-making machines, and it really looked like flakes of snow floating down. But it wasn't edible, so – not advisable to try and catch one your tongue. I don't know but the only way to better it would be to import one of those huge snow-making machines, and cover the whole street and fronts of the buildings with snow. Dickens on Main runs again Friday and Saturday, December 6th and 7th. 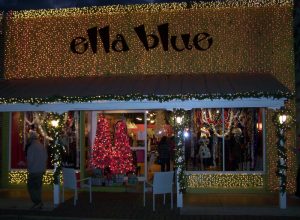 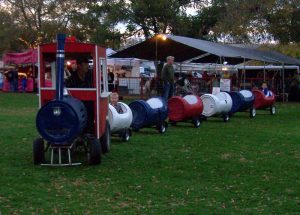 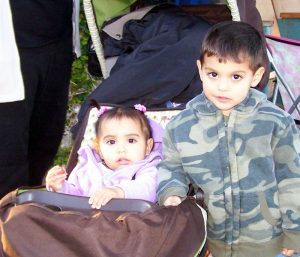 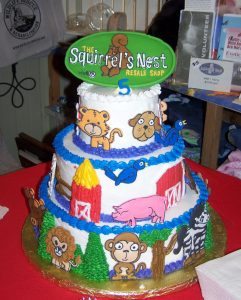