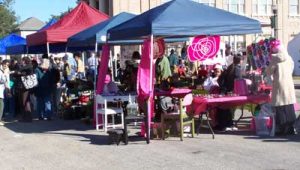 Okay, so maybe it is a little bit early to consider Christmas shopping, even though the Christmas decorations in retail stores went up as the Halloween decorations came down, with the speed of a Los Vegas blackjack dealer flipping through a deck of cards. It's time to consider Christmas, early or not. For myself, I developed the habit of doing so while stationed overseas, when the heavy parcels home had to be mailed by October in order to arrive by Christmas, which pushed my personal Christmas shopping back into the months of August and September . . . anyway, now I have a couple of shelves in the master bedroom closet that are dedicated to gift storage. That is, the things that we pick up throughout the year, thinking "Oh, that will be a splendid present for so-and-so!" Come December, all we need do is pull everything out and get busy with the tissue paper and ribbons. 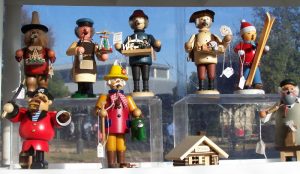 For those who are not inclined to this kind of Christmas shopping, there are alternatives to the Big Box Store sameness; venues to purchase gifts that are unique – and made in America. The very nicest of them are a range of craft shows and markets, taking place locally over coming weekends, many of which also benefit local institutions. 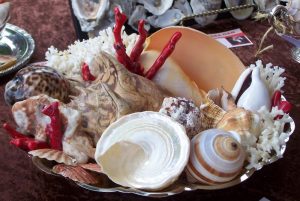 One of the biggest of these upcoming fairs takes place over next weekend, November 17-20th (2011) at the New Braunfels Convention Center – the Weihnachtsmarkt, which benefits the Sophienburg Museum and archives. More than fifty local vendors and crafters will be featured over four days of the fair, as well as a dozen local authors, including me! 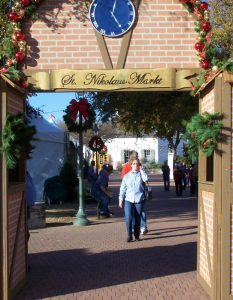 The first weekend in December provides a treasure-box of community-oriented Christmas fairs and craft shows: continuing the decided Germanic flavor, Fredericksburg sets up their St. Nikolausmarkt on the Marktplatz (Market Square) on Friday and Saturday, December 2nd and 3rd – the Friday evening of this event to be enhanced with a lighted Christmas parade on Main Street. 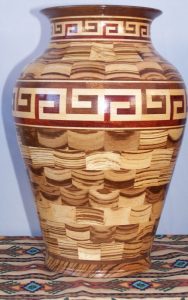 Goliad also has a Christmas craft fair, parade and community events. Christmas on the Square happens on the same Friday and Saturday. Their Saturday parade has a more traditional Texan flavor, as it usually features Santa arriving mounted on a long-horn, and attended by a mounted posse of cowboys. Goliad also features local authors – me, yet again. I love Goliad, by the way – especially at Christmas.

Closer to San Antonio, Boerne goes English and Dickens for Christmas, with all sorts of period Victoriana, Main Street lit by lamplight and many enterprises remaining open for extended hours. Castroville, better known as Little Alsace – more of a French influence there – also has a two-day event, with parade, tree-lighting, and many local vendors. Really, one is almost spoiled for choice, the first weekend of December. But there is no excuse not to get the Christmas shopping done then.