In this space, we have written before about the growing renown of the Texas wine industry, from the vineyards to the awards being granted to growers in the region.  Starting November 7th and running until the 11th, San Antonio is hosting the annual New World Wine and Food Festival.  Over the course of five days, visitors will be treated to the best wine and food that Texas has to offer. 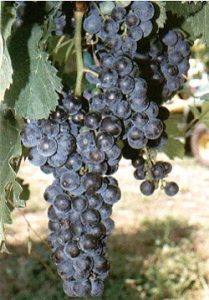 The festival has been going since 2000, and is a non-profit organization dedicated to promoting, not only the agricultural delights of Texas, but the cultural life and vibrancy of San Antonio and the Texas Hill Country.  Of course, it is called the New World Festival, so it also includes foods and wines from other regions of the Americas, including South America, the Caribbean, Mexico, and Central America.  For gourmands, gourmets, and others gastronomically inclined, the festival is a chance to reward and titillate their taste buds with some of the finest food produced in the area, and to enjoy some of San Antonio’s choicest attractions and locations.

Here are some of the highlights that will be presented this year.

· Texas Vintner Cruises, Hyatt Hotel Wat better backdrop to enjoy a few glasses of wine, along with some quality eats, than cruising along the San Antonio River, while three chefs from San Antonio’s better hotels prepare hors d’oeuvres, appetizers, and desserts.  Also features discussions and seminars from vintners.  Nov. 7.
· Michael Mondavi Seminar at Fleming’s Steakhouse Travel around the world in just one night as Mondavi explains the history, process, and differences in wines from the world’s different growing regions.  Of course, plenty of samples will be available!  Nov. 7.
· Winemaker Dinners All across town at San Antonio’s better restaurants, winemakers will be hosting dinners designed to perfectly match wine with food.  The winemakers will be explaining the importance of matching, and will showcase a wide variety of his own wines.  Participating restaurants are: Biga on the Banks, Bistro Vatel, Boudro’s on the Riverwalk, Café Paladar, Le Reve, The Lodge Restaurant of Castle Hills, The Grill at Leon Springs, Mariposa Restaurant at Neiman Marcus, Silo on Loop 1604, 20nine Restaurant and Wine Bar.  Nov. 8.
· The Cultural Cocktail Event at The Vault Sponsored by Moet Hennessy, this event will feature some of the cities best bartenders mixing their specialties, and maybe even creating new masterpieces. Nov. 9.
· Morning of Malbec at the City Club at the Majestic Join Argentine winemakers in a voyage to South America, home of the famous Malbec.  These winemakers will compare and contrast the wines from their homeland to those from North America.  Nov. 10.
· Totally Tejas at the Cibolo Ranch This event features all you can eat and drink, as well as chefs and winemakers presenting some of their very best creations.  Seminars will be held explaining production and offering some do-it-yourself ideas for partymakers.  There will also be plenty of entertainment, from boat and hayrides, to storytelling and a silent auction.  This is the final event of the festival, and should prove to be a great send-off.  Nov. 11.

Of course, although the festival is a non-profit organization, treats like this don’t come free, and tickets are required to attend.  Tickets can be purchased at H-E-B locations and Guaranty Bank branches.