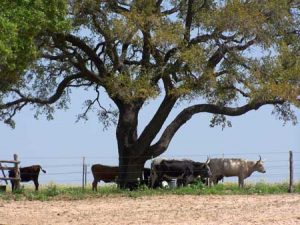 I never quite understood the appeal of the cowboy, when it came to the whole western-frontier-nostalgia-gestalt, even after coming to live in Texas and write whole books about the frontier, and Texas. How did that frontier archetype manage to sweep all others before it, in dime novels, movies and television shows... given that the classic "cowboy" functioned only in a very specific time period - for about twenty-five years after the Civil War. Even though the Western cattle industry seemed to be co-located with spectacular scenery, and the frontier as it was offered all kinds of interesting story lines, many of them guaranteed to thrill urban, eastern wage slaves living blamelessly dull lives.

One has to wonder - for the cowboy was a hired hand. They were young and performing wage labor as hard (or harder) than any store clerk or factory laborer, tending to semi-wild cattle - of all domesticated animals only very slightly brighter than sheep. And - not to put too much of a fine point on it - herding cattle, even on horseback was unskilled labor in the 19th century. It was grueling, low-paying labor, most often seasonable; most intelligent and ambitious young sparks didn't do it for a month longer than they needed to. It was the sort of work done these days by high-school kids and illegal aliens, and only until something better came along.

One wonders, especially when there were so many other epic adventurers available to hang hero-worship upon. What about the mountain men, living on their wits, alone among the variously tempered tribes of the Great Basin? The miners in the various gold and silver booms worked just as hard at pretty mucky drudgery, for themselves or for their employers, and what about the wagon-train emigrants, setting out with their whole families along a two-thousand mile road through the empty lands? Stage drivers and teamsters were much more likely to have encounters with the lawless element, and hostile Indians. Why did one particular line of work would inspire a century of dime novels, movies and television shows?

How did all that glamour and mythic stature come to sprout from acres of Western cow pies? I can take some guesses; the popular press fairly exploded after the Civil War, creating a demand for tales of frontier adventure. I wonder if the attraction for the cowboy thing wasn't based on a melding of one particular archetype - and a certain cultural folkway. The archetype was that of the independent horseman, the chevalier, the knight - able to go farther and travel faster than a person on foot. There was always a predilection in the West to look up to the man on a horse, to see them as beings a bit freer, a little more independent. The cowboy might be a paid laborer, but in comparison to man working in a factory, much more independent in the framing of his work day and much less supervised. And as was noted in such lively yet strangely scholarly tomes as "Cracker Culture", the Scotch-Irish-Celtic-Borderer folkway which formed a substantial layer of our cultural bedrock favored herding barely domesticated animals rather than intensive cultivation. Better a free life, out of doors and on horseback, rather than plodding along behind a plough, or stuck behind a workbench - even if it didn't pay very much at all. That's my semi-scientific guess - what's yours?