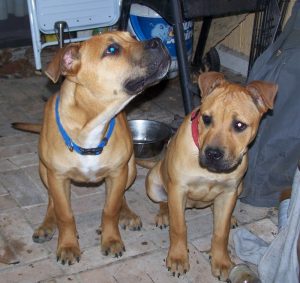 Over the years that we have lived in our San Antonio home, we've lost track of the number of all the lost dogs we have found and managed to either returned to their owners, or found them new owners. Almost always it's been a case of 'return to owner', and in one instance we kept the dog. My mother thinks we must display some kind of invisible sign which sends lost dogs scampering in our direction. She might be right about that. In any case, upon being met with a stray dog, we have worked out the most efficient series of steps for reuniting them with their person. 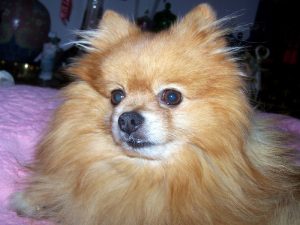 If the dog has a tag on the collar with a current address and telephone number of the owner – that will be about 90% of the situation sorted out right there. Secure the dog and call the number. Sometimes the owner will come right away, and sometimes they can't come until after work. Quite often the dog will have done a runner from the back yard during the workday, and they will not even have noticed that Fido is gone. 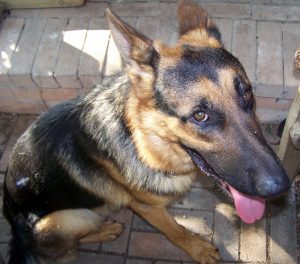 A current rabies tag is almost as good as a name/address/telephone number tag. Call the veterinary clinic which issued the tag, and give them the rabies tag number. They can look it up in their registry and provide the dogs name, the owners' name and telephone number. Should you find the dog on a Saturday afternoon, you will probably be keeping the dog until Monday morning. 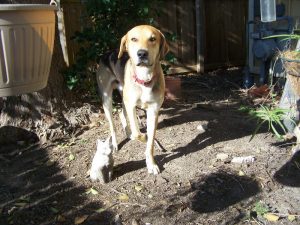 Without a collar, or anything on the collar offering information, one can always hope for a chip. Any veterinary clinic can and will scan a lost dog for free. Even if they do not find a chip, they can always give you a good idea of the breed, age, general health and if it has been neutered or not. In the absence of a collar, rabies tag or chip, this is good information to use in the next step – registering the dog as 'found' on lost pet websites, and with local organizations such as Man & Beast*. If possible also take a picture of the dog, and upload it with the general description. Don't forget about posting at the office of any nearby apartments or gated Dog Friendly Condos Communities. 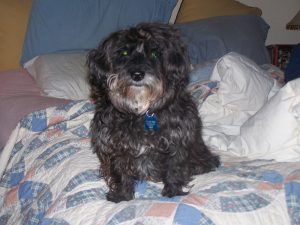 But keep back one vital bit of information about the dog. Does it have a distinctive scar or marking? Ask anyone claiming to be the owner to describe it; sometimes people will try and claim a dog which doesn't really belong to them for various reasons of their own.

We actually haven't returned any dogs through the on-line lost pet registries, or through placing a free advertisement in the newspaper. It's good to do this, just so that you can say you've covered all the bases. 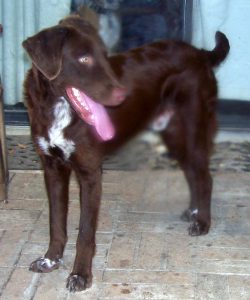 Papering the neighborhood with flyers has proved to be the most effective method of restoring a stray dog to the owner; either our own flyers, or seeing that the owner of the missing animal has posted theirs. This does have limitations; a large dog can have come from a good way away. The first dog we ever found and returned had come from a home several miles up Stahl Road, and had been missing for two weeks. Another dog had come from the Feather Ridge subdivision, two miles up Nacogdoches Road from our home. (Coincidentally, both had been panicked by noise – a massive thunderstorm and 4th of July fireworks.) Even a small dog can cover a good distance; this summer, we found a tiny, fast-moving Pomeranian clear the other end of the subdivision from its home, a distance of more than a mile.

Besides papering, there is one more effective step: put the dog on a leash and walk around during the hours of the day that everyone will be out and about, asking anyone you meet if they recognize it. Very often, if it is truly lost, a neighbor will recognize a dog that lives close by ... and of course, the owners will very likely be searching for their dog at that time.