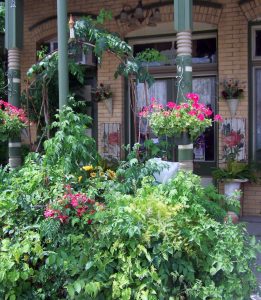 We didn't spend all of last weekend watching the wienerdogs run; the Buda City park where that event took place was pleasingly located right next to old down-town Buda, so when we had enough of wandering around between pavilions, we walked along the three or four blocks that constitute Buda ... and looked around. It's one of those sweet, small towns which retain enough of their original late 19th century buildings to be quite charming, even if those buildings mostly run along one side of the street ... because the railway runs alongside the other. Buda's town founding fathers set aside a 150-foot wide reserve of land between Main Street and the International and Great Northern railway line. The International and Great Northern may have been the reason for being in the first place, and the trains still rumble through on a regular basis.

Originally, the town was named Du Pre, but on discovering that there was another town with the same name, everyone agreed to call it Buda. Some sources say the name came from a local mispronunciation of Spanish for 'widow', since the Carrington House hotel and restaurant was the major landmark in town and a number of respectable widows worked there as cooks. Then again, it might have been homage to refugees from the failed Hungarian revolt in the mid-1800s, who settled thereabout. 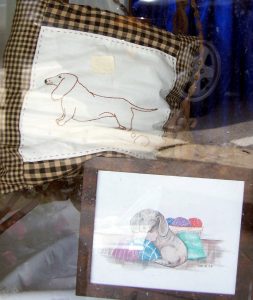 Time was when the trains would stop in Buda, passengers would detrain, hurry across Main Street and have a quick meal in the Carrington House dining room. The Carrington is still here – a splendid Texas-Victorian pile with a metal roof and wide porches and galleries on two floors, but it is not a hotel any more. It's now office space and an antique store. There are several more antique stores along Main, a florist shop where a corner gas station used to be, a number of pleasant-looking restaurants and bistros and the Wildflour Cakery & Boutique, set up in a brand new-built-to-look old building. (Note: the Mexican Vanilla Cupcakes are to die for!) 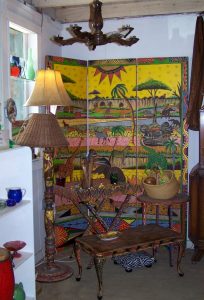 Some of the older buildings seem to go on nearly forever – and everyone knows when the trains come through. I think I would get used to it, eventually, and I always loved to hear the sound of a distant train at night, but I think that you need to be about half a mile away for the nostalgic effect to work.

One of the shop owners told me of some buildings across the railroad tracks – also new-built-to-look-old, which were supposed to have stores and offices on the ground floor and residential lofts above ... but alas, the prospective tenants found the noise of trains rumbling past at all hours, a few yards away, just a little too much. I was assured, however, that the newer housing developments in Buda are far enough from the rail line that the romantic effect is achieved, rather than the earsplitting one.

I was tempted to no end by one of the antique places, and shelf after shelf of National Geographic magazines from the 1930s and 1940s. When I was a kid, one of our neighbors had a whole collection of them, and I thought they were fascinating. Not the articles so much, but the advertisements, especially the wartime issues. Maybe I will go back and buy a few for old time's sake. Or at least, for some of the Wildflour Cakery's cupcakes.