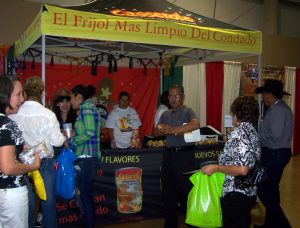 So – the rough translation is 'patriotic festival' – to observe and celebrate the independence of Mexico from Spain, and my daughter had happened to hear that there would be a more or less 'free' event scheduled at the Freeman Coliseum complex this weekend – so, what the heck? I've lived in the Texas borderlands for fifteen years, and grew up in another borderland – Southern California, where . . . to put it mildly, the Spanish and Mexican cultural influence is so strong, and so permeates the atmosphere so richly that you take it in without even realizing it, and only realize how powerful it has become when you go to someplace without it. As my daughter wondered, upon participating in a nationwide Lutheran church youth gathering in Atlanta some years ago – "Where do you get a breakfast taco in this town?" Later, upon being assigned to a Marine base in North Carolina, she made the appalling discovery that 'salsa' in the local area meant something with only a trifle more kick than the house sauce at Taco Bell . . . about the strength of tomato ketchup. She took to smuggling back containers of local high-octane salsas and sauces in an attempt to enlighten her fellow Marines, but there seems to me much work to be done still. #honeypot# 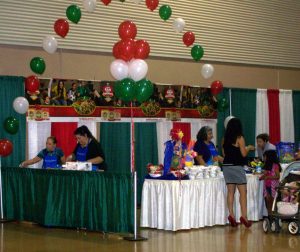 Once accustomed to the zesty flavors and brilliant colors of the borderlands, it seems quite often as if there's no color, or flavor anywhere else – so we went to the Fiestas Patrias at the Freeman – fortunately expecting to pay the customary five dollars for parking – and the festival was actually being staged around in back, in one of the huge exhibition halls where the Stock Show and Rodeo is usually staged. Thank the tender mercies that it was inside, because it is still well up in the high nineties and the wind that kicked up on Sunday was dry and hot. 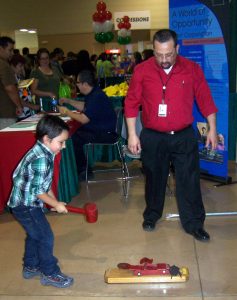 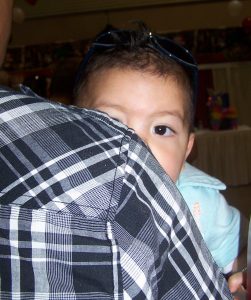 It turned out to be not quite what my daughter had been expecting – she had thought there would be more exhibits, more cultural demonstrations, and specialty food-booths; a more local bash, something like Wurst-fest in New Braunfels, rather than a having a large commercial orientation. This was more of a corporate thing – although the live mariachi music was as electrifying as always. So, my daughter and I circulated – and played some of the games at the food-vendor's booths, and sampled some Goya products . . . oh, wow, now she likes the pickled carrot slices, and I won a bottle of adobo seasoning, and between us at another booth, two cans of refried beans and three of dried pinto beans . . . and if I had been luckier at the third, then we would have had a packet of flour tortillas to go with it all. But no, a little cloth tortilla warmer, instead – although I was amused to see the little tag inside; like practically everything else of this kind of thing – made in China! Anyway, we came away with enough in swag to make up for the parking. All the time we were there, I think we spotted one other Anglo – three, if you count two guys working security. So that was our Sunday Labor Day Weekend afternoon – how was yours? 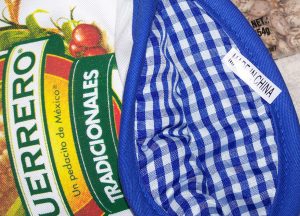 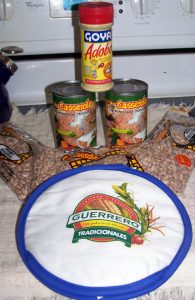 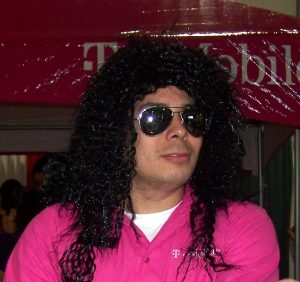