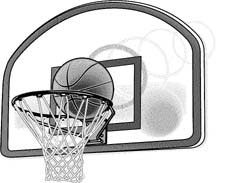 San Antonio is the place to be for the next few weeks.  The Spurs are getting ready to enter the playoffs to defend their championship, Fiesta is just a couple weeks away, and the NCAA Final Four has its teams set to tip off later this week.  For the first time ever, all four number one seeds have advanced through to the last week, and the schools that have made it read like a who’s who of college basketball tradition.

Kansas, North Carolina, UCLA, and Memphis have all been the most dominant teams throughout the preseason, conference seasons, and now through the tournament.  In this tournament, each team has dominated some opponents, but each has also found itself in some difficult, hard-fought battles.  Each team is stocked with future NBA talent, great coaching, and enough basketball tradition to make the last three games of the season play out like a hall of fame tournament.
UCLA has been a fixture in the Final Four since Ben Howland took over the program just a few years ago.  They have made it to the last weekend of the tournament for the last three years, but haven’t been able to win the championship yet.  The Bruins are led by freshman sensation, Kevin Love, who has elevated his game more and more as the season has gone on.  Memphis has a super freshman of their own in Derrick Rose, who is thought to be a lottery pick in the NBA draft when he decides to announce.  Memphis has only lost once all year.  The Tigers’ coach, John Calipari has been to the Final Four before, as he led the University of Massachusetts there in 1996.  North Carolina is the ACC champion and is led by All-American, Tyler Hansboro and speedy guard, Ty Lawson.  Kansas has reached the final 8 often since coach Bill Self took over the program, but has fallen short of the Final Four in years past.

The games should be stellar games pitting UCLA’s stingy defense and efficient offense against Memphis athleticism and power, while Kansas goes up against former coach Roy Williams, who led the Jayhawks to the Final Four several times as Kansas’ coach, but never could win the championship there.  What made the move all the worse for Kansas fans was that Williams led Carolina to the national championship in his second year at UNC.  He was elected into the Basketball Hall of Fame last year.

San Antonio is ready for the action, and tickets still remain.  In addition to the games themselves, there are tons of other events that will be going on throughout the city in conjunction with the culmination of the tournament.  The best part?  Some of the better events feature A-list stars and free entrance!  Friday, the AT&T Block Party kicks off the weekend as Fall Out Boy, The Roots, and Ludo provide the musical entertainment for the evening, which ends with a huge fireworks display.

Saturday evening brings the Pontiac Garage at the Final Four, which features a full day of pep rallies, a military fly over, and the musical performances of Kid Rock, Puddle of Mud, and Meridianwest, who will all perform leading up until tip off.  People without tickets can still enjoy the games which will be broadcast on giant screens.  Sunday brings My Coke Fest, which will be hosted by Ryan Seacrest, and will feature Taylor Swift, 3 Doors Down, and All American Rejects.
Before the Championship Game on Monday night, Robert Earl Keen, Bob Schneider, and Mingo Flagship will all perform leading up to the tip-off which is set for 8:15.