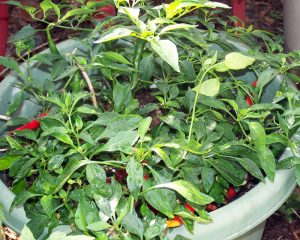 When just about everything in the garden was done producing for the year and the weather began to cool off, my daughter and I put up the folding gazebo-greenhouse which one of our San Antonio neighbors decided was surplus to needs. Into it went all the surviving plants, and the delicate things, like the patchouli plant, the pepper vine, an earth-box full of salad greens and lettuce, and another with three tomato plants which had self-seeded from last year's crop. In advance of the first cold snap, we zipped up the window openings and doorway, and aside from unzipping the door long enough to water everything once a week, we pretty much ignored it. All the plants inside thrived on this regimen, and one of the tomato plants has already put forth baby green tomatoes the size of grapes ... in late January. We do not know, of course, what kind of tomatoes they are – could be the black cherry sort, the yellow pear-shaped sort, the heirloom beefsteak variety or even the egg-shaped roma tomatoes ... all of which we had in the hanging planters last year, or in one of the earth boxes. Any of them could have self-seeded – and the resulting plants are thriving. So – yes, we will keep the gazebo-greenhouse up. As a matter of fact, it was such a pain to assemble that we are extremely reluctant to take it down. 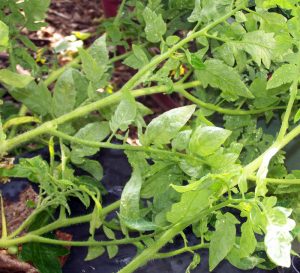 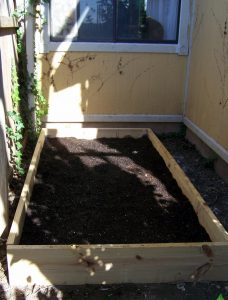 As it turned out for us last year, although the hanging turvy planters, the earth boxes and the pots of various sizes produced a splendid-looking assortment of vegetables, and the garden looked nearly the best that it ever has been, the actual crop wasn't that impressive. It wasn't enough to entirely supply our salad green and vegetable needs throughout the summer and fall, and certainly not enough that we were going around to the neighbors leaving sacks of zucchini and peppers on the doorstep, ringing the doorbell and running away. 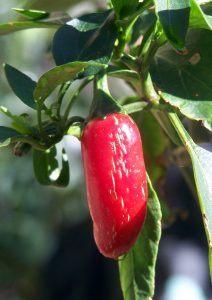 So, this year, we're moving on to Plan ...well, by this time it is Plan C. Plan A, back in the beginning was in just digging in lots of sand compost to what is essentially hard clay – which worked for some things, but but vegetables. Plan B, which was to plant the vegetables in containers, was what we did last year – and there just isn't enough container space. Plan C is – a series of raised beds, made from wide pine planks, and filled with compost and good potting soil. This is what we have started; last weekend I built the largest one, from a pair of 12-foot planks, which the nice people at Lowe's were kind enough to saw into 4 and 8 foot lengths. Four pairs of corner joist fasteners and a handful of wood screws – and there we go. Fill with soil, and put square concrete pavers around the edge so that we're not waiting through the mud every time we water ... and there's the first raised bed. We should be able to build and fill two or three more, and fit into various unused spaces in the back yard, which will offer lots more space for vegetable-growing. 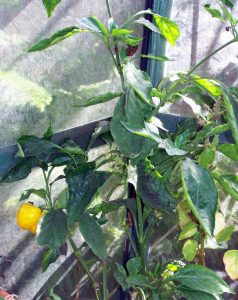 We've carried over enough cayenne, jalapeno and bell pepper plants from last year that we need not buy any more for this year. Alas, one of the tomato turvys has split and disintegrated under the stress of two years hard use, and I suspect the remaining two are very close to following suit – so, here we go, looking for more. With the greater space available in the raised beds, we might better be able to grow more squash, zucchini and bush beans – and just today when we were at Lowe's for some shelf brackets, I noticed that they had bags of onion starts and seed potatoes ... and those are definitely things that I'd like to have. And that's the plan for my garden this year – what's yours?