Of Gardens and Dog Parks and Market Days, Oh, My! 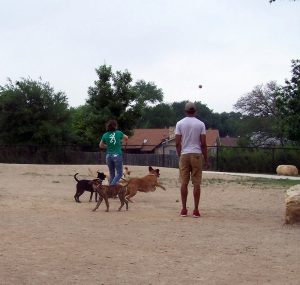 Alas, now that it was in the high 90's on Sunday afternoon, I must yield and submit to summer. Yes, it's here. Likely I will not see a cool night, and sleep with an open window and properly under the feather comforter until somewhere the far side of September. I just hope that the Deity doesn't decide to turn the temperature all the way up to broil, now that the tomatoes are lavishly in bloom, and the biggest and sturdiest of them are adorned with tiny green tomatoes, the size of pearls and grapes. Daily temps in the three digits would pretty well bake what is coming on so very, very well. Darn it, I have too good a start on the vegetable garden to be completely detached about watching it all shrivel up in the scorching heat. (Reminder; Get another jug of that insecticide – once the white-fly gets ahold of the tomatoes and beans, that's the long slow slide towards resignedly uprooting the lot and hoping to do better next year.) 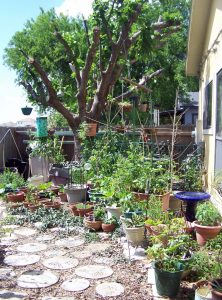 The pole beans are leaping up the poles, the tomatillo plants look to be turning into shrubs, the eggplants are burgeoning, and the very expensive cornichon gherkin seeds that I ordered from Amazon at a cost of about .17 cents a seed, plus another .15 cents shipping and handling – fourteen of them have put up sprouts. Yes, I want to make proper French Cornichon pickles this year ... but I will so let at least one of the cornichon gherkins go to seed so that I don't have to order them next year. The salad greens and lettuces are doing pretty well, too – at least, the ones that I have in pots and water every day without fail. We get a nice serving of salad greens about every two days. As for beans, I hope for enough for a side dish of them every day or so. In a spirit of resignation, I planted two packets of patty-pan squash and some kind of hot-weather zucchini in one of the wire-form raised beds. Everyone says that you are supposed to be overwhelmed with squash from a back-yard garden, but so far, I am distinctly underwhelmed. Hope springs eternal in the breast of the home gardener, though. 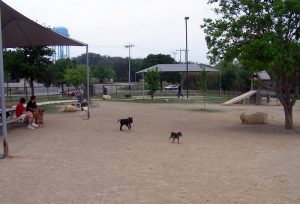 We ventured out this weekend to the Universal City dog park; a hop, skip and a jump away, in Universal City, which is small, but choice. It is adorned with enough rocks and small trees to give Connor and Nemo a chance to empty every drop from their bladders in a heroic attempt to mark every single one. Nemo thinks that every dog he meets is his newest, bestest friend in all the world. The last time we took him to the dog park at Hardberger Park there were just too many bigger dogs interested in chasing him. Once he realized that he was basically the 'rabbit' – and got bowled over by the bigger dogs several times – he lost all interest. This time, Connor, the Malti-Poo, our old man of dogs and usually not interested in romping, made friends with a Min-Pin who loved to chase a thrown rubber ball. Over and over again, the Min-Pin chased the ball and brought it back, with Connor toddling gamely after. An excellent hour of a morning spent – the dogs all nicely tired out. 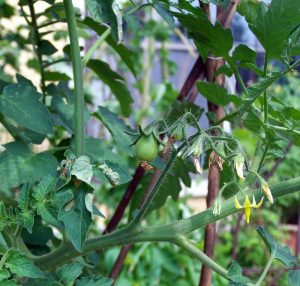 And finally – preparations for our participation in the Bulverde/Spring Branch Spring Market Day continue. We will have a joint booth; my books and my daughter's origami art at the Spring market on May 10, in the parking lot of Bealls at Hwy 46 and Bulverde Crossing. Look for the shrieking pink pavilion with the zebra-striped top. We just got it this week, and set it up briefly in the driveway. You will not be able to miss it, even though there are supposed to be scores of other vendors there.