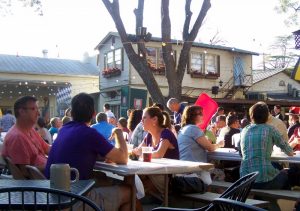 When I first came to Texas, at the express request of the US Air Force some (mumble) seventeen (mumble) years ago I thought I knew all there was to know about the place: the Alamo of course, and the Riverwalk, too. I knew that Houston had a Grand Opera, that Lubbock was a flat as a pancake griddle with some Monopoly houses set on it, I had read Edna Ferber's Giant, and I knew about cattle drives and the King Ranch, and that Texas was called the buckle of the Bible Belt ... I knew pretty much what any well-read traveler could pick up through the medium of pop culture and the base library. 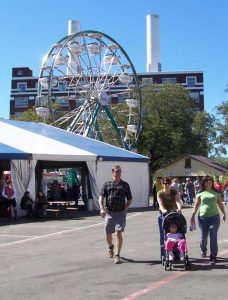 What I did not know, until well after I got here and began to look around – was how very much more there was. Like all those other ethnic and cultural groups who came to Texas and make their mark – of which the Germans were the largest and most distinctive part. Who knew that Gillespie, Kendall, Comal and Kerr Counties had been almost exclusively German-speaking since before the Civil War and well up into the twentieth century. Now I do know – having spent the last few years researching and writing about that fascinating anomaly, as well as partaking in a good few of those local and particularly German celebrations. Right now we are coming up on Oktoberfest, as celebrated here in Texas. The original and still-ongoing Munich Oktoberfest began in the first decade of the 19th century, as celebration of the marriage of King Ludwig (then Crown Prince) of Bavaria to suitably Germanic princess, to which the general public was invited to attend. Once in the mood to celebrate, everyone was keen on keeping it on, and so it metamorphosed into agricultural fair – since this would be about the time that the yearly harvest was completed – a horse race, a parade ... and all sorts of other things, to include beer, music, and partying. 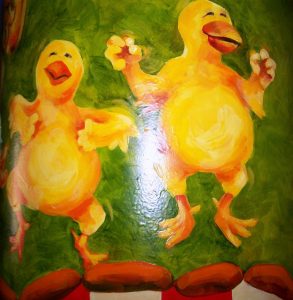 So, it's an honorable tradition, now having been celebrated for two centuries, almost without interruption, and those parts of Texas settled by Germans have taken to celebrating also, with suds, wurst, gusto and enthusiasm. No, really – you may see more funny hats at these bashes than you would have ever thought possible. In the main, they are local festivals, where outside enthusiasts are warmly welcomed; just as everyone is Irish for St. Patrick's Day everyone is German for Oktoberfest – or in the case of New Braunfels, Wurstfest. 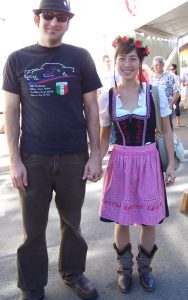 The most conveniently located Oktoberfest is in San Antonio, on the verge of Southtown, at the sprawling venue and gardens owned by the the Beethoven Maennerchor. One of the other big enthusiasms brought to Germany by German settlers was an appreciation for music, specifically choir-singing. The Beethoven Maennerchor Oktoberfest organization has a lovely outdoor terrace, where the revelry will continue for two nights; Friday and Saturday, October 5th and 6th – and Friday is coincidental with First Friday in Southtown.

Fredericksburg Oktoberfest, a short hour's drive north in the Hill Country also has theirs, beginning on Friday, October 5th, but it continues through Sunday, on Marketplatz, in the heart of downtown Fredericksburg. This year, organizers plan for a mass performance of the chicken dance on Main Street, among other entertainments and diversions.

And finally - ever the non-conformists, New Braunfels' big autumn German bash celebrates for sausage and beer rather than beer and then sausage ... Wurstfest New Braunfels takes place later than everyone elses', starting on the Friday before the first Monday in November; this year it all kicks off on November 2nd, at the permanent venue in Landa Park. So, get out the lederhosen or the dirndl, put on those cowboy boots, and get ready to party this month -- German-style, in the heart of Texas.