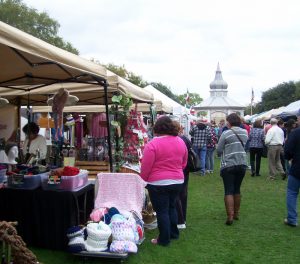 My daughter and I are moving a little deeper into the world of the gypsy entrepreneur market these days. I mean, I have been dabbling around the edges for good few years as an independent author, once I realized that there was more to be made – and a lot less ego-death involved – by taking a table at a craft fair, like the New Braunfels Christmas Market, or in Miss Ruby's Author Corral at Goliad's Christmas on the Square. But this – like strictly book events, like the West Texas Book and Music Festival in Abilene – involved only a table and a chair. I usually had to bring along some tablecloths, some informational flyers, postcards and my business card, and maybe something eye-catching to adorn the table. 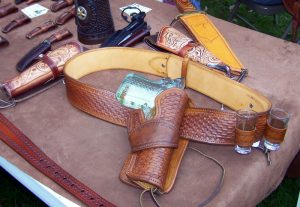 Going hard-core and getting a whole booth at something like the Boerne Market Days meant going much, much farther. My daughter has started a little business making various origami ornaments, flowers and jewelry, and this year we decided to partner together. It helps to have two people doing this kind of event, by the way – you can spell each other, make jaunts to other venders, go to the bathroom – and setting up and breaking down the booth or table is much, much easier. Many vendors, like us, have a day job, or several day jobs. They create on their own time, and bring it to the local market circuit on the weekends. 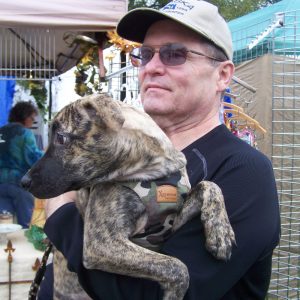 If we keep it up, we will have to purchase our own folding tables, and pop-up canopy – the nice kind, with the zip-up panel walls which can be attached for shelter, shade and some degree of security. This time, we rented from the management of the Boerne Market Days – but the people who regularly have a spot at the various markets own their own, which will make some more things to stuff into the Montero. A couple of good-sized banners to advertise our two little enterprises are also in our future. I don't think we'll go as far as a friend did, when she was selling at faraway craft shows. She and her husband went in their travel trailer; where they slept and cooked their own meals rather than lay out for motel rooms and restaurant meals. The name of the game is to break rather more than even; if the costs of participating in a market; table fee, gas, lodgings, food and your stock – all come up to more than you'll make from sales, then you are doing it wrong. 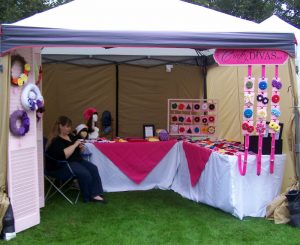 We already have a lot of other necessary impedimenta – like a collection of sturdy covered plastic tubs in various sizes to store and transport our stock in, which can be fitted into the back of the Montero in a kind of three-dimensional game of Tetris. We saw quite a few venders with varied collections of tubs. We already have some necessary display hardware; metal and wooden stands for propping up books to display them, a rack for showing off pairs of earrings, some baskets and a magnetic board to show off the origami in. Many of the gypsy venders also have tall mesh stands, panels or folding screens to hang items on, or to attach narrow shelves for a wall display. 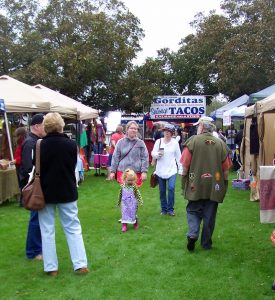 We already had a cash box, and receipt books – but for this time out we obtained a handy little gadget which only became available in the last year or so; a card reader which attaches to my daughter's cell phone so that we could process credit card payments. This is enormously helpful to us and many other gypsy entrepreneurs, who previously could only handle check or cash payments. It's the new old game again – small businesses run from a home or a farm, and selling at temporary markets. 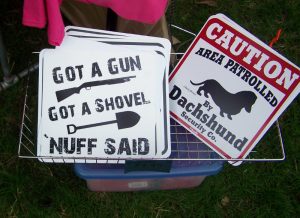 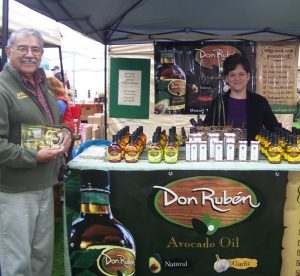