HemisFair Park in the Heart of San Antonio 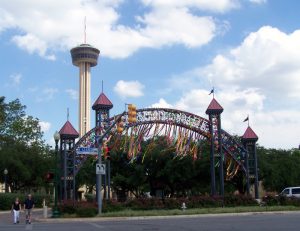 HemisFair Park, in the heart of downtown San Antonio is a bit of an anomaly as far as San Antonio parks go. It's fifteen acres stretches from the entrance to La Villita on South Alamo, all the way to the Institute of Texan Cultures, roughly bounded on one side by the convention center, and on the other by Durango Street – now renamed Cesar Chavez, although many maps still say 'Durango.' HemisFair Park was not a patch of farmland or open scrub left undeveloped, (Hardburger, Comanche Hill, or McAllister) or a particularly scenic piece of property designated as parkland from the earliest days, (San Pedro, Breckenridge) or even neighborhood amenity, (Woodlawn) or even stretches along various creeks left undeveloped because of the danger of flooding. HemisFair Park was deliberately carved out from an existing residential neighborhood to serve as the venue for the 1968 World's Fair. 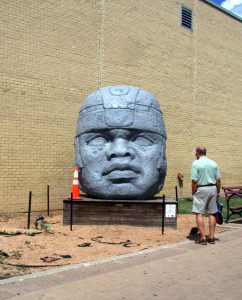 Some of the urban neighborhood thus renewed was undoubtedly blighted, but a fair portion of it was not. Over a hundred buildings threatened with demolition were of some significance, either architecturally or historically and a portion of them were retained within the park bounds. Some of them seem now to be in use as office space, but others are boarded up on the ground floor – which is a pity, since they are all clustered at the La Villita end of the park, and might make some rather nice studio, retail and exhibition spaces. There is a multi-faceted plan afoot to renew and restructure the various areas of the park – to include using the the half-dozen historic mansions for just that, so here's hoping it won't take too many decades longer. Part of the plan also includes re-establishing part of the original street grid, to tie in HemisFair to the Southtown, and Lavaca neighborhoods on one side, and to LaVillita and downtown San Antonio on the other. 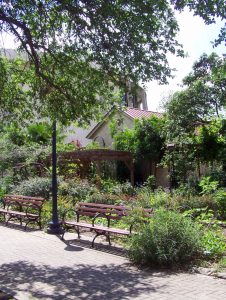 A few of the exhibition spaces built for the Fair are still in daily use although perhaps for other than the original purpose – like the Lila Cockrell Theater and large parts of the convention center. The Institute of Texan Cultures was originally the State of Texas pavilion for the fair, and the round US District Court building was the United States of America pavilion – and the Mexican Cultural Institute is presently housed in the original, but expanded and renovated Mexico Pavilion. Others, like the Women's Pavilion are still there – but closed, pending restoration, or as support offices. One of the most eye-catching structures created for HemisFair is the "Tower of the Americas' – still about the tallest man-made building in San Antonio. Everyone should go up to the observation deck at least once, for nothing other than to admire the peerless view in every direction. It's also a very useful landmark for navigating around the city. The remaining grounds were re-landscaped with gardens, walkways and water-features in the mid-1980s ... but pretty much everyone acknowledges that unless there is some special event going on at the park, not many people are drawn to it – especially at night. In many ways, HemisFair Park is still a work in progress. 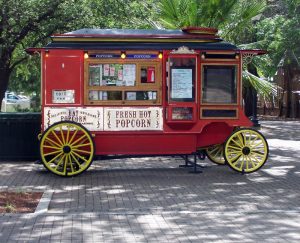 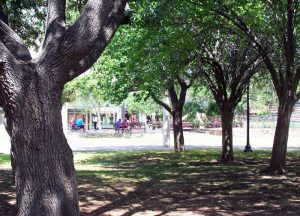 HemisFair, although attracting a lot of attention and very well attended, unfortunately fell very short of breaking even. The fair also took a hit when it opened – two days after the assassination of Martin Luther King. Attendance never came close to matching estimates, and the Fair eventually lost over 7 million. Some of the local construction firms were owed substantial amounts by organizers; according to legend, they were paid with blocks of tickets – which they went out and sold on the street, recouping just enough from ticket sales to pay their suppliers and workers.