Jams and Preserves A Specialty Shop in Fredericksburg 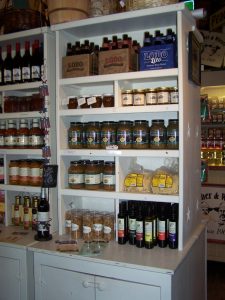 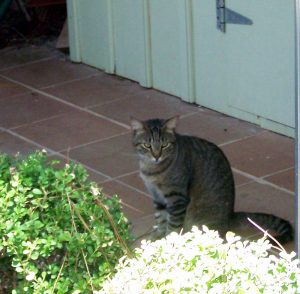 So, I came to San Antonio for my final tour of Air Force duty in 1995 – but I think it took a little while for me to discover Fredericksburg, and the lovely, tasty specialty food products put out by Fischer and Wieser, of Fredericksburg in the Hill Country. It is in my mind that for the first couple of years, Fredericksburg was the only place that you could buy them anyway. Certainly all the little gourmet food outlets along Main Street had a good selection of Fischer & Wieser jams and preserves. There was an annex to Das Peach Haus in a teeny former residence near to the Nimitz Museum, which is where we usually bought those items which took our fancy. 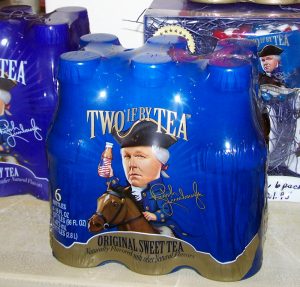 Looking at the company website, it appears that was about the time that Case Fischer developed the Roasted Raspberry Chipotle sauce, which in movie parlance, was a tiny little local biasness's First Big Break. Roasted Raspberry Chipotle is magnificent, by the way, but at first it must have seemed to be one of the weirdest concoctions ever proposed. Smoked Mexican chipotle peppers ... and runny raspberry jam? Together? Hoooo-kay... But it put Fischer & Wieser – and chipotle peppers on the map. (For my money, the best thing on grilled shrimp is the ginger-habanero sauce, though. After driving past Das Peach Haus every time we came in to Fredericksburg by the road from Comfort – we finally stopped and went inside, and realized that – oh, my, it is bigger than it looks! There are little patches of landscaped garden all around, shaded by a grove of pine trees. And there are resident cats, too – always a good indication of quality, no matter if the product is books, garden stuff ... or gourmet foods. 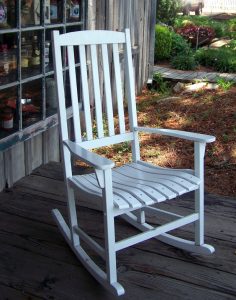 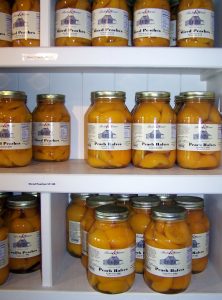 But the peach orchard which was the genesis of the company has been around since the Wieser family bought the property in the 1920s, and their son Mark opened a roadside fruit stand in 1969. There are a lot of seasonal roadside fruit stands on the main roads leading to Fredericksburg, and the Peach Haus was just one of them. The family sold fresh peaches, of course, and home-made peach preserves. Mark Wieser also taught school – and one of his students often helped out at peach harvesting time. Case Fischer was so keen on the possibilities of a specialty-food, development, marketing and entrepreneurship, that he went off to college and studied all that ... and when he came home to Fredericksburg, he teamed up with his old teacher, and set about innovating, creating and producing quality foods; sauces for meats and pastas, mustards, jams and preserves, pie filling, salad dressing and dips. 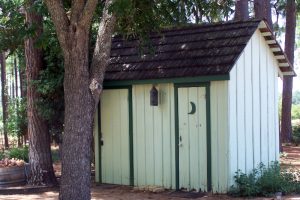 And instead of just keeping it a local thing, Fischer & Wieser went national. Within a couple of years, I didn't have to make the long drive up to Fredericksburg for some Roasted Raspberry Chipotle Sauce – it and other products were on the shelves at the local HEB – even my own local, which usually is a little light on the gourmet goods. Even better – they are available in military commissaries and on Amazon.com. Not bad for a tiny local enterprise which started as a roadside fruit stand. Yes, indeedy – they did build that business.

But look out for the Ghost Pepper BBQ sauce ... more than a quarter of a teaspoon can be lethal. I think it's made for people who think straight Tabasco is just too darned bland. 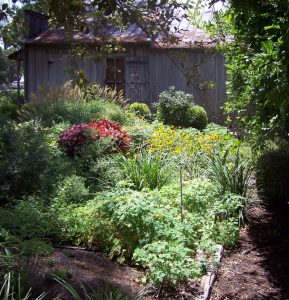 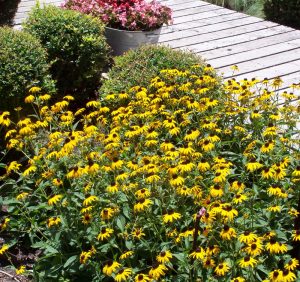