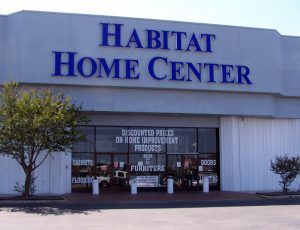 With the sale of the acreage in California coming down the home stretch in escrow, we have been considering what to do with the money from the sale of the land. Oh, a certain amount will be plowed back into the purchase of a Hill County Lot of half acre to an acre, but the immediate need is to spend about half of it on the current house. It was originally built by Centex around 1985, but all the components in it were construction grade and purchased by the warehouse-load. The light fixtures and fittings, the carpeting, linoleum, cabinets and countertops, sinks and toilets, the doors and windows, the installed appliances, the HVAC systems ... all were pretty much uniform. Over the years, many of our neighbors have replaced certain elements, which we have recognized as they were put out for the bulk trash pick-up or to be taken away by the renovators. 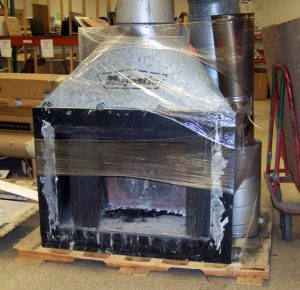 I ripped out the carpeting in our house myself, long since, and replaced just about all of the light fixtures, but other more serious replacements and upgrades have had to wait until now. While waiting for escrow to close, we were not sitting around twiddling our thumbs. We were auditioning contractors to replace the HVAC system, and the windows. Those two were the most critical needs; critical because the CPS bill has been climbing insidiously upwards over the last few years. The original system was – as the maintenance company told me for many years – the wrong size, badly situated, and indifferently-installed. When extremely cold in the winter and hot in the summer, my daughter preferred to sleep in the den, since her bedroom was so uncomfortable. As for the windows – aluminum-framed double-paned and screens with frames so flimsy they bent if you looked at them cross-eyed – any trace of argon gas between the glass panes was a distant memory. 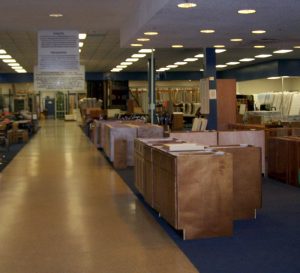 The HVAC contractor was an easy choice; we really only considered one, which had done such a bang-up job for a neighbor that he has been singing their praises ever since. He got a rebate on his CPS bill which has been good for months – that was the kind of thing that we are passionately interested in. What I would have paid to CPS will go into replacing the windows, which should cut down that bill even more. As for other projects – countertops, cabinets and floors, that may have to be done piecemeal, although we have a darned good chance of picking out some bargains at the Habitat for Humanity Home Center on Walzem. 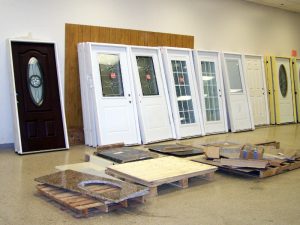 We were there last weekend, scoping out cabinets and front doors, mostly. The Home Center is stocked with donations – both builder/construction surplus and donations from homeowners doing remodels. They even offer a tear-out service; they will come and take out old cabinets and countertops, without damaging them – and well, we approve of recycling, especially if it is good quality to start with. The one project we considered tackling ourselves, or with the help of a friend who does minor construction, is replacing the front door. The sealing around the door has degraded about as much as the windows. We spotted some exterior doors at the Home Center which would work very, very well ... and even with paying the friend to help install the darned thing, it still would be less than the cost of doing it at Lowe's. Hmm ... calk, nails, a level, screwdriver, tape-measure. Doable, definitely.