Is the Streak Over - Spurs Lost

What happened to the Spurs? 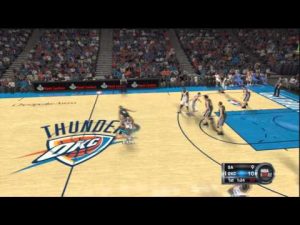 You have to score points to win in basketball; even someone who does not follow the game knows this. The Spurs were hammered by their Mid-west nemesis the Oklahoma City (OKC) Thunder. The Spurs were stomping the Thunder just like they have trashed every team they have played up until now. That is right, the Spurs were undefeated in this 2012 playoff tournament but ran into a juggernaut in this Thursday night game losing by 20 points, 102 to 82. Yes, points matter in basketball and the Spurs did not score than many of them.

The Thunder Started off Hot

There are many reasons the Spurs were defeated. It does not help that their All-Star center and/or power forward Tim Duncan only shot 5 of 15 from the floor and only grabbed 2 rebounds. That is nothing special. Yes, he did block 5 shots but that was not enough against a team that is younger and does not seem to get tired. It does not help that the Thunder broke out with an 8-0 lead in the first 3 minutes and did not slow down for anyone. That train never blinked.

The Thunder have not been beaten at home in this playoff contest against any team. The Spurs should be concerned a little but so should the Thunder because if they do succumb to the Spurs in game 4, going down 3-1, there is little chance that they reach the NBA finals and play the Miami Heat. Yes, the Heat will take that series without their All-Star center Chris Bosch. Sorry Boston, not this time. Of course most real basketball fans are glad Kobe Bryant is somewhere else as well as his David Stern loving LA Lakers.

Perkins was a Concrete Wall

It was not only the Thunder's offense that stole the show, it was their defense, which was actually Spur's like. Kendrick Perkins guarded Tim Duncan and pretty much locked him down. What? Did you think Tim Duncan had a poor showing when he had open lanes to the basket all night long? Not quite; the Thunder's center worked hard and finally helped slow down this future Hall of Famer.

The Thunder's defense was airtight and compelled the Spurs to kick out 3 turnovers in the beginning of the game which enable the Thunder to score some baskets and take the early lead. This is the confidence booster they needed. This quickly became the Spur's worst nightmare come true. Thabo Sefolosha was all over Tony Parker and he forced this outstanding point guard into making sloppy passes. In other words, this Swiss basketball player got the better of the Frenchman. Who said this was not an international game?

Finished with the Lead

The Spurs did charge back with a 13-4 run to reclaim the lead at 13-12 with 5:16 left in the opening quarter. Incredibly, the Spurs led by 2 points, 24-22, at the end of the first quarter after having committing 7 turnovers. But this was probably the last thing the Spurs could smile about for the rest of this dreary night.

No Rest for the Weary

Manu Ginobili's spark did not lift his beloved Spurs this time around. Gary Neal was not stellar either. The Spurs were beaten on every level. Not one of the players could be proud of their game at the end of this contest. The only good thing the Spurs can say is that it is unlikely they will commit 21 turnovers again in a game. The Thunder did their job and put a win on their side of the column. It does help that their crowd is raucous and this energy ignited the Thunder and propelled them to victory. This was the worst thumping the Spurs experienced this season. Will this affect their psyche? Unlikely, they know how to win, they are mature, and they are multiple championship winners. The Thunder better not sleep in and party over this victory.

The Thunder had a Winning Game Plan

Kevin Durant, the league's leading scorer, finished with 22 points which is nothing special for him. The Spurs were not defeated by just one superlative player; they were worn down and deflated by a team that looked to be on a mission. The Thunder practiced blitzkrieg and the Spurs did not know how handle this type of defensive and offensive pressure. In fact, if one player grabbed the hearts of the OKC Thunder fans, it was the European, Sefolosha who played well on both ends of the floor.