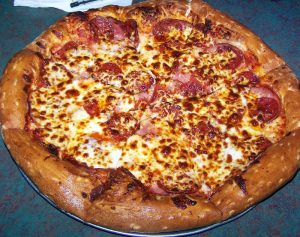 Well actually, MAARs doesn't want pizza – they actually want you to want their pizza. The Red Hat Ladies group that we belong to tries to rotate around to various local restaurants in the north-east quadrant of San Antonio. We have a monthly dinner event once a month; nothing fancy or expensive, just good eating for a reasonable price. We swap gifts now and again, and dress up for Halloween, all good fun. My daughter insists that I need a social life with real people off the internet now and again, and since it was her birthday month, and since the birthday celebrant gets to pick the restaurant for that month, my daughter opted for pizza at MAAR's Pizza. 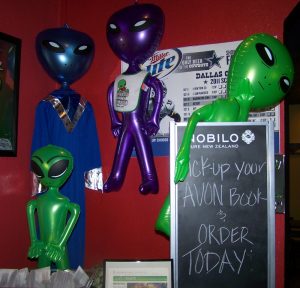 It's right around the corner from where we live, in a building at the end of humongous strip mall at the corner of O'Conner and Nacogdoches which has been a restaurant of some sort for as long as we have been living here. When we first moved it, it was Salsalito, but they soon moved across the street and up a block or two into splendid new digs of their own, then it was something else, and then Pizza Bella, and – hopefully finally - it has become a family pizza place. Family in both senses of the word; family run, and catering to families ... of which on a recent Saturday afternoon there were a good many. There was even a birthday party going on in the corner ... and on Tuesdays they have a karaoke night. When we go past in the evening, the joint seems to be jumping, every night. Which is all to the good; too many restaurants simply can't make it past the three-year mark, and it is not a good sign for a location when eateries open and close with the regularity of clams at high and low tide. There was a time when we began to think the building on Nacodoches which now houses the Checkers Diner was cursed, as nothing until they took it over seemed to last for long there. 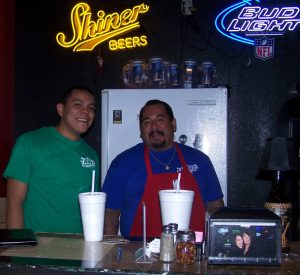 The menu at MAAR's Pizza is simple and uncomplicated; pizza and various combinations of bread-dough, red Italian tomato sauce and all of the ingredients customary to pizza. Oh, and fried dill pickle slices, which came sizzling-hot and crispy on the outside, tart and sour on the inside. The pizzas at MAAR's come in every size from 8-inch, all the way up to something that looks like a wagon-wheel and sends the waiter staggering out from the kitchen under the sheer weight of it all. The proportions of everything else are generous, also. It's a rare customer who doesn't leave with a go-box containing the leftovers. Which are even pretty good when warmed over – the ultimate test of good food. And the wait-staff is attentive in a way that would do credit to a white tablecloth, fine china and silverware sort of place. 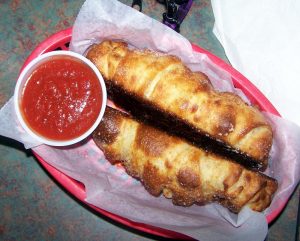 You simply can't miss the building, driving up Nacogdoches between O'Connor and Judson. The outside – and the inside as well – is adorned with lots of murals in a cheerfully colorful UFO and space-alien motif, although I did wonder why a multi-tentacled space critter would have a belly-button. Eh – maybe it's where he put the marinara sauce when he wanted to eat Italian cheese breadsticks in bed.