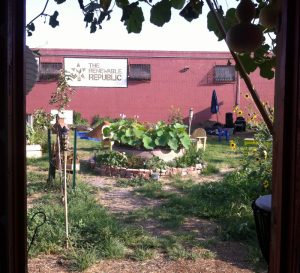 So, contra the belief that the wild and crazy art scene is all in Austin, and there is nothing much in San Antonio save the military bases, medical centers and the Alamo ... there is an art scene, and I have pictorial proof, now that my daughter is becoming interested in it. And more than just interested – it's a matter of professional involvement. 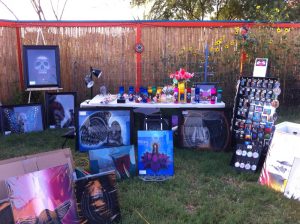 To backtrack a little; my daughter and Edith, her best friend from high school (St. Francis Academy, Class of 1998) having despaired of ever finding full-time, well-paid and remunerative employment doing something rewarding – or at least, something they do not hate – have decided to go into business together. Edith is an artist in pastels, and quite gifted. My daughter is madly creative with origami, the art of folding paper into astonishing and ornamental shapes – including tiny crane and tulip earrings – and all sorts of other charming ephemera. As I told Edith, when she was worrying about being seen as a sell-out by trying to make a living from her painting, there is a word for someone with a gift who just plays around with it and never tries to get back expenses. That word is 'hobbyist.' And someone who creates art, shares it with the world at a fair market value – whatever that value might be – the word for that person is 'professional.' I wouldn't want to see her go as far into monetizing and mass-producing her paintings like Thomas Kinkade The Painter of Light ™ did – but the guy did manage to make a very good living from it, and I wouldn't mind seeing my daughter and Edith meeting a market demand. 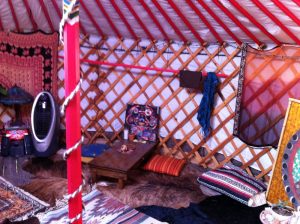 So, I have urged them both to try and start making a living doing what they love to do; starting small, of course – working the website (Pastel Junque) and various local art shows and events. Edith does have a following already; she was much more deeply involved in the local art scene ... but I think her involvement was more like wading knee-deep in it. Now their joint venture is making a concerted effort to plunge into the deep end; to make more appearances at craft shows and art events with an eye to being where the customers are. They had their first roll-out a couple of Saturdays ago at Renewable Republic on St. Mary's Street, downtown. Besides being a provider of solar panels, insulation and general green services to homeowners, they also have a garden and party venue out in back ... along with a yurt. It was boiling hot, and threatening thunderstorms later on, and they didn't actually sell all that much in the way of trinkets, prints and paintings – but it's just the first step. 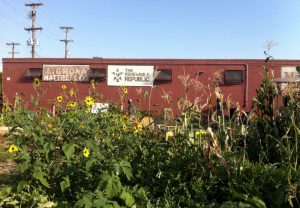 They hope to be included in the Guadalupe Cultural Arts Center's Hecho A Mano/Made by Hand this fall, and to have a vendor table at couple of local Christmas markets in November and December. In the mean time, they'll be at various First Friday events in Southtown, and Second Friday at Tobin Hill ... and who knows? They just might be as popular as Thomas Kinkade.