By Julia Hayden aka Sgt Mom at The Daily Brief 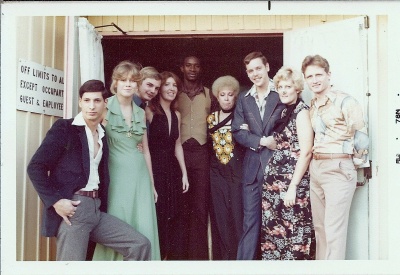 Yea on many (well, not actually that many) years ago when I was living in the female enlisted dorm at an Air Force base in Japan, another resident and friend had been gifted by a relative with a years' subscription to Gourmet Magazine. Possibly this relative hoped that my friend would come to appreciate fine up-scale dining, complicated recipes for exotic cuts of meat and rare vintages . . . or possibly even learn to cook. I can't with confidence say that this ever happened - we were twenty-somethings, living in a military dorm with a small basic kitchen overrun with cockroaches; nuking a Stouffers' frozen dinner of lobster Newburg and opening a bottle of Riunite was about as upscale as most of us were inclined to get.

Anyway, my friend, upon departing at the end of her tour, gifted me with all of the back issues of Gourmet, and I took up a subscription myself . . . and never threw away an issue. From one of the holiday issues came three recipes which I served as a side dish at Thanksgiving or Christmas. I can't find the original issue, or even recall what it looked like - probably had a roast turkey on the cover - but I had copied them out into my own little collection of favorite recipes. The cranberry chutney is complex and tasty, and the corn relish is a wonderful counterpoint to all the heavy baked or boiled root vegetables. The honey-pear conserve is just plain wonderful.

Enjoy! And don't eat too much - next week I will have a lovely recipe for turkey-pot pie made with leftovers.