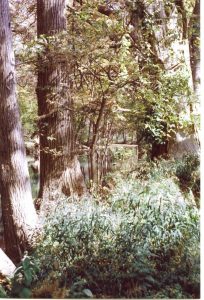 The practice of medicine in these United States for most of the 19th century was a pretty hit or miss proposition. Such was the truly dreadful state of affairs generally when it came to medicine in most places and in all but the last quarter of the 19th century - patients may have been better off having a go with the D-I-Y approach. Doctors trained as apprentices to a doctor with a current practice, or read some books and hung out a shingle. Successful surgeons possessed two basic skill sets at this time; speed and a couple of strong assistants to hold the patient down, until he was done cutting and stitching.

But in San Antonio, beginning from 1850, there was doctor-surgeon who became a legend, for his skill and advanced ideas. Doctor Ferdinand Ludwig von Herff, who dropped the aristocratic ‘von' almost immediately upon arriving in Texas, well-trained and exquisitely skilled - and also an idealist, one of those rare sorts who are prepared to live their lives in accordance with the principals they publicly espouse. He came to Texas in 1847 as part of a circle of young men called the "Forty", who had a plan to establish a utopian commune along the ideas espoused by social critics of the time. 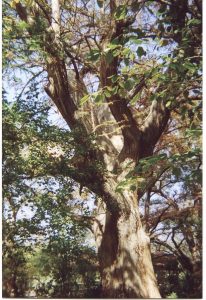 Like the 1960s variety, most of Ferdinand Herff's companions were students of various German universities. Hermann Spiess had already toured through the United States and Texas before returning to Germany with all kinds of ambitious plans. Originally they planned to establish their community in Wisconsin, but when one Count Castell, an original member of the Mainzer Adelsverein heard of it, he offered them funding and support if they come to Texas instead. In mid-summer of 1847 the "Forty" arrived in Texas, led by Herff, Spiess and Gustav Schleicher, a trained engineer who would eventually oversee building of the rail system throughout Texas. They had brought along a huge train of baggage, supplies and equipment, including seeds and grapevines, mill machinery, a small cannon, many dogs, one woman - a cook/housekeeper named Julie Herf (no relation), Doctor Herff's complete collection of surgical impedimenta, and a good few barrels of whiskey. By late fall, they had moved all this and a herd of cattle to a site near present-day Castell. They set up tents, built a long building to use as a sort of barracks and common-room, planted crops and named their little town Bettina, after a leading star-intellectual of the day... and settled in to live their dream of communal living close to the land.

It didn't last beyond a year, of course - being long on ideals and enthusiasm, but short on relish for back-breaking agricultural labor. The community foundered on the rocks of human nature and self-interest, but not before Doctor Herff performed a single amazing feat of surgery. This took place within weeks of his and the "Forty's" arrival, during that halcyon period when Meusebach's peace treaty with the Comanche held between the two peoples. A Comanche with an advanced case of cataracts appeared at Bettina, asking to be healed. Dr. Herff had already been treating various Indians who presented themselves, and would eventually become fairly fluent in the Comanche and Apache dialects... but this was a tall order and a touchy situation. They did not dare turn the Comanche away. Amazingly enough, Dr. Herff had brought the latest in ophthalmologic instruments with him and had performed cataract surgery - in Germany.

There were certain other challenges to be met; they would have to use ether to anesthetize the patient, and Doctor Herff would have to have sufficient light to operate. Ether being flammable, there was no way to light the surgical site with the usual sorts of lamps and candles with reflectors. He would have to operate outdoors. Being a fastidiously tidy sort of man, he insisted on it being a clear, dust-free, windless and insect-free day, and boiling the water used to irrigate the eyes of his patient. A dozen of the commune members stood by, armed with palm-leaf fans to keep flies away... and Dr. Herff set to work, probably knowing that this was an operation that could not be botched.

Fortunately, the primitive surgery was wildly successful, the patient was ecstatic at being able to see well again, and as he departed, promised the doctor the most generous reward at his command - a woman. One can imagine a great deal of jollity at Dr. Herff's expense over the next three months from the other young men of the "Forty" - but at the end of the time, the Comanche appeared again, with a young Mexican girl in tow, and handed her over to Dr. Herff. Who promptly handed her over to the care of the only other woman in Bettina, the housekeeper/cook, Julie Herf. The girl's name was Lena, or Lina; she had been a long time with the Comanche and was never able to recall enough about her original family to return to them. Eventually, she married Hermann Spiess. 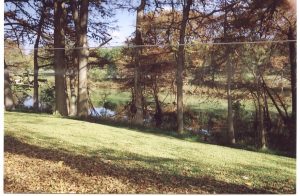 Dr. Herff practiced medicine tirelessly for most of the next sixty years, establishing San Antonio's first hospital and several medical associations and serving on the Texas Board of Medical Examiners. Generally, if there is a surgical "first" anywhere in Texas during the last half of the 19th century, he was the surgeon responsible. There is a historical marker on the San Antonio Riverwalk, about halfway between Las Canarias and the Texas Land and Cattle Restaurant marking the site of one of his homes.