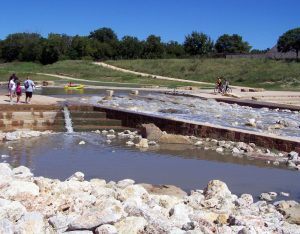 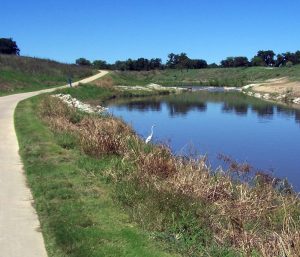 River Fun Down the Mission Reach 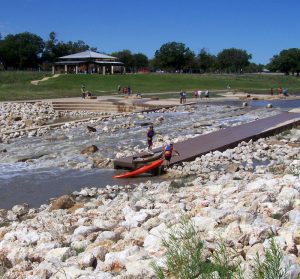 It is one of those grand civic plans to extend the Riverwalk from downtown towards the north and south – especially to the south to connect up all the ancient missions once established on the banks of the San Antonio River. The original section of the Riverwalk, which together with the Alamo itself is San Antonio's primary claim to touristic fame, was just the very beginning. After all, San Antonio was established where it was because of the river... and for a long while in the last century, the river itself – aside from the landscaped stretch in downtown - was little better than a storm drain, running through industrial areas or at the back of commercial establishments. 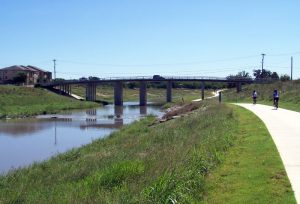 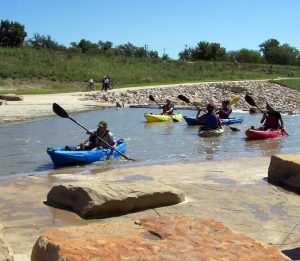 But the Riverwalk extension to the north – the Museum Reach has now gone almost as far as Breckenridge Park. Some time ago we walked it from the Pearl Brewery well into downtown – and this last weekend we hiked a length of the new Mission Reach, between the Riverside Golf Course and Padre Park. It had just opened with some ceremony and celebration the day before, but Saturday was hot and presumably crowded, and Sunday was not. We went venturing, armed with a map of the new reach and were most pleasantly surprised. The Riverside Golf Course is most astonishingly upscale, green and manicured. All the new park pavilions along the way were newer than brand spanking new, the finished trail was wide and beautifully finished, every turn of the trail with a pleasing aspect was furnished with an assortment of benches and picnic tables positioned for best effect. There are not so many trees shading the path, though – although there are some groves of tall pecan trees off on either side. The pecan trees along the river provided sustenance to the Indians from the earliest days; I wish there were more of them, but as one of the ladies whom we talked to said – it's still a work in progress. 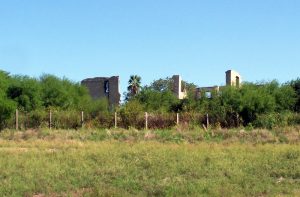 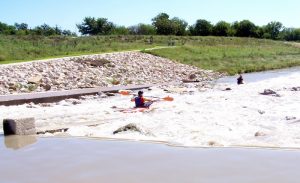 It is all very new, though – and although there were enough people venturing on it – by foot, bicycle and kayak, there were not as many as we thought would have been there if the Mission Reach was more well-known, and if the various establishments on either side were more orientated towards it. If this was Europe, my daughter ventured – there would have been families picnicking at every table, and children playing on the various greenswards. Men would have been trying their luck at fishing in the river – and contra the warning signs here and there, there would have been people swimming and wading in it. There would have been ice cream vendors on bicycles towing little coolers after them, selling cold drinks and ice cream cones to all. Commercial establishments with an eye towards the view would have had outdoor dining areas looking toward the riverbanks – and those people sufficiently fortunate to have houses with back yards overlooking it would be building their gardens with an eye towards the view. A couple of mobile home parks that we spotted would also have made their Riverwalk-Mission Reach location a major feature of their appeal. Very likely the rejuvenation of the old Hot Wells Resort will play into this. The old tourist cabins on the ground – overgrown in thickets of small trees – are as ruinous as ever, but looking through the fence at the edge of the main property, we could see that work is being done. There is even a new roof on part of the old bathhouse building.

We walked more than four miles today – and consequently are pleasantly exhausted and somewhat sunburned. That was my weekend – yours? 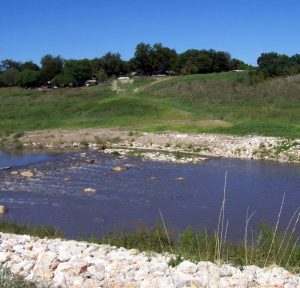 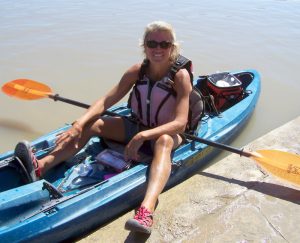 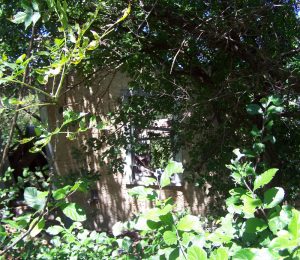