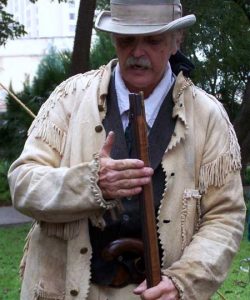 I think very fondly of re-enactors when I am working up a book, especially when I am working on a bit of historical fiction about Texas. Next to the public library, and the second-hand bookstores like Half-Price Books, there is no better way to figure out how something works, looks, smells, handles and feels than . . . well, checking out the fantastically dedicated re-enactor community. I first realized this, when I was working up the first book of the Adelsverein Trilogy – and had to become very familiar with the workings of the 1836 Colt Paterson revolver. Behold, I was put in touch with a local collector and re-enactor who happened to own a replica set, and would be kind enough to show me how it was loaded, sighted and broken down for maintenance – the only such in town, apparently. My daughter and I spend a very informative hour in a locked and windowless conference room at an undisclosed location. This is not exactly the sort of session where one welcomes the casual kibitzers. Even in Texas, someone walking in and discovering three period revolvers and the necessary tools are spread out over the conference table is obligated to make a comment to the building management. The fact that there was no ammunition involved would not have ameliorated the resulting excitement. 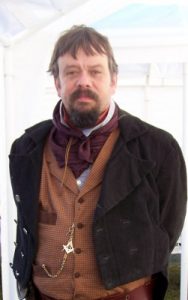 The oddest thing about the Paterson was that it was actually rather a small weapon, dull matte metal with a polished wooden stock. It fit my hand comfortably, and I have rather dainty hands. The revolver that made things equal in a fight between Jack Hays Rangers and the Comanche was actually… rather small, especially in comparison with the next iteration, the Walker Colt. The collector who showed us all this told me he has a pair of those, as well. The Walker is a massive weapon, weighing about four and a half pounds. After expending all six shots, anyone armed with one would have still had a dandy club/brass knuckles. No wonder they were immediately popular. But after wearing a pair of them on a gun-belt for a whole day of re-enactor events, he really, really felt every ounce of them, in a considerably painful way. 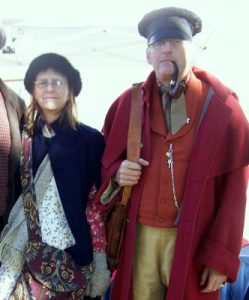 Another amusing element: gentlemen re-enactors of early Texas days are splendidly turned out in the finest early 19th century finery; waistcoats, high-buttoned jackets, tall books and all, even to fancy spurs with jingle-bobs on them. The Texians at the Alamo, dressed in their best, may have looked very much more like Mr. Darcy than Shane: no cowboy hats or boots, no jeans, nothing like what people are used to think of as “western” dress. These gentlemen of early Texas wore tall top-hats, or billed caps, tail-coats or hunting coats made of heavy canvas or buckskin, trimmed with fringe – and very fancy waistcoats. That was a very male bit of a splash- the fancy waistcoat, especially when accessorized with a huge hunting knife. And his gentle lady carried a pretty big hunting knife as well. After all, a lady must always be armed against ungentlemanly advances … with whatever comes to hand.

There are a number of re-enactor groups in San Antonio and in South Texas, which schedule open events quite frequently; I am told that one of the most moving, and evocative is the lamp-lit encampment held at the reconstructed Presidio La Bahia at Goliad – which represents to be the evening before the Massacre.