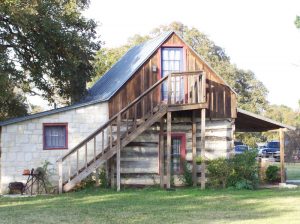 I have about decided what I should like to live in, as my Texas dream house. Alas, it is not the house that I currently live in, which is a comfortable, small and relatively undistinguished tract house in a pleasant neighborhood full of other homes filled with variations on the same generic theme of brick and siding and vaguely neo-classical trimmings. Lots of tall windows, fan-lights, and fireplaces; shoot a brick at supersonic speed across those parts of San Antonio built up in the last thirty years and you'd hit two or three or four dozen pretty much like it. 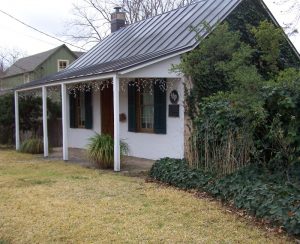 No, what I would like in the way of the retirement property is pretty much what my parents got for themselves, when all of us had flown the parental nest; they built a nice house with a verandah all the way around it, on a knoll with a view out in the country. I wouldn't go as far out as my parents did – for much of their lives together, directions to their current residence usually included the phrase, "Turn off of the pavement and onto the dirt road." I've a liking for paved roads, myself – bouncing from rut to rut and dodging the gullies carved into a dirt road after a rain is not my idea of fun. 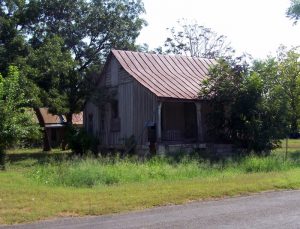 But I would like a house of a certain sort – a small one of a particular tradition. Not a single big house, but an eccentric collection of cottages, set in a rambling garden. A little house of mine – and two or three others, one for my daughter, and another one or two which would serve as guest quarters when I had company, just enough set apart that we all would have privacy. I'd love to have a well, with one of those old windmill pumps, to bring the water to an above-ground concrete or wooden cistern on legs ... just as I have seen on some old properties here and there. There would be a scattering of oak trees – post oaks, live oaks, red oaks, for the shade, and to hang a wooden swing from a thick branch that parallels the ground. 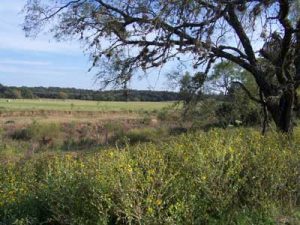 The grounds around would be planted with native plants and tough adapted old roses, a tangle of jasmine somewhere, which would bring their scent in through the windows on those spring days before the summer heat sets in. There would be a wildflower meadow on the part of the property distant from the houses and I'd like a bit of a view from here and there, so my dream house and the others would probably have to be on a gentle slope. I don't need a spectacular view, but I would like it to be mostly of countryside: Rolling hills, and all of that, maybe a glimpse of a distant creek or river. I think I would like the view to be towards the west – to catch the sunset, late in the afternoon. 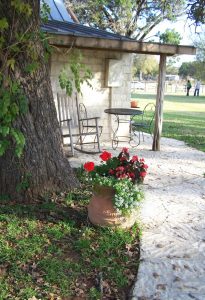 As for the little houses on the property ... I would love them to be Craftsman-style bungalows or small Texas farmhouses, maybe even a one or two of them might be repurposed log cabins. There are one or two lovely ones that I have noted here and there and admired extravagantly. I am thinking of the kind with a main room and a loft bedroom over, a kitchen lean-to on the back and a deep porch across the front. One or two of those would suit just fine, but even just a couple of those kit houses from Home Depot would work well, assuming that I could adorn them with vintage architectural surplus.

The final element that I would like in my dream country residence would be a separate entertainment kitchen – just one large room set up to do brewing and cheese-making, an industrial-sized stove and a deep sink, and outside of it, another deep porch with a barbeque grill and enough space to throw a good party. That's my dream Texas dream home – what's yours?