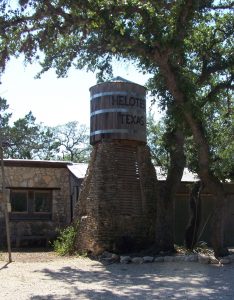 We ventured on a weekend outing to Helotes this last August for an art showing at a very pleasant little country venue, The Gardens in Old Town... which to our relief, turned out to be an indoors event. Frankly, mid-August in South Texas is just not one of those good times to be roaming around in the outdoors for very long. We prowled the art show, admired many of the paintings exhibited – a good few of which I would have bought for my own pleasure. I think that we were early enough in the day and the impromptu gallery was not so crowed that many of the artists had leisure and enthusiasm enough to talk to us as well. Ah, how well we know this routine; sitting by the table o' stuff, waiting to strike up a conversation with anyone slowing by, in their drift through the room! I think most people visiting Helotes that weekend must have been at the art show, for the other little shops in old downtown Helotes were pretty empty. 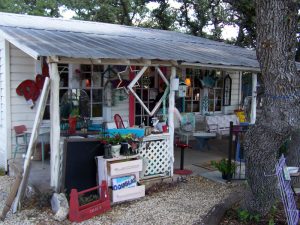 We hadn't been to Helotes in a while, and so when we had made a leisurely circuit, and the place became too crowded for my daughter's taste, we roamed around the little bit that there is of Historic Old Helotes; mostly antique shops set up on old homes, barns and what we were told had been a grocery store at about the turn of the last century. Yes, time was when Helotes, twenty miles and a good day's journey on horseback from San Antonio, was a separate and lively little town on the main road to Bandera. It was farming country, at first – the name comes from 'elote' – Spanish for corn on the cob. The eastern Apache tribe farmed along the waterways in that part of the Hill Country in the earliest times, growing corn for themselves until the Comanche roared down from the north and made it too dangerous. Like much of the Hill Country, Helotes was settled by German and European immigrants, and in the days after the Civil War, served as an assembly point for herds of cattle heading north to the railheads in Kansas, a feeder route to the great Chisholm Trail. It was a rather lively little town back then; there are two books about historical Helotes by local author Cynthia Leal Massey. 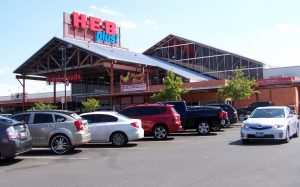 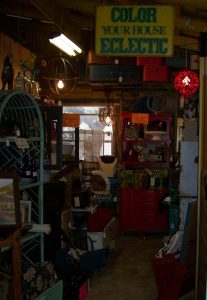 Now, of course, having turned into a suburban bedroom slipper of San Antonio, it is a much more sedate place, but still a very pleasant one, barely four or five miles outside the 1604 Loop. A clue as to how very quietly upscale Helotes has become is that the flagship HEB-Plus store – the largest store in the HEB chain was opened last year on Bandera Road, just inside the Loop. The store parking lot has nearly 1,200 parking spaces – and the store itself seems as large as a gargantuan aircraft hangar. 183,000 square feet of grocery and retail space; we walked in and my daughter said, "Wow!" Even though the parking lot was nearly full, the store itself didn't feel crowded at all. We only came in for three things – which did seem rather a waste, considering the sheer variety of items in stock.