Our Nations Anthem on July 4th 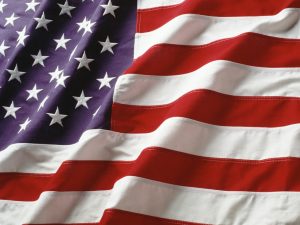 "The Star-Spangled Banner" is the national anthem of the United States of America. This year is the 200th aniversary of the War on 1812, the inspiration to Francis Scott Key to write the lyrics of the Star Spangled Banner. Francis Scott Key witnessed the bombardment of Ft. McHenry by the British Navy ships in Chesapeake Bay during the Battle of Ft McHenry in the War of 1812.

Madison Rising, a conservative rock band, has recorded a version of the Star-Spangled Banner that is one of the most beautiful versions I have ever heard. Madison Rising is on a mission to not only make great music, but also send a message that American culture is alive and well. Madison Rising, named in honor of James Madison, the fourth President of the United States and a key author of the Constitution, The Bill of Rights and The Federalist Papers. The band promotes the principles of liberty, independence, smaller government and personal responsibility. Enjoy.

For those unaware
That flag is still there
It's our future to save
This land of the brave
The U.S. of A

Oh say does that star spangled banner yet wave
O'er the land, land of the free and the home of the brave

And where is that band who so vauntingly swore
That the havoc of war and the battle's confusion,
A home and a country, should leave us no more?
Their blood has washed out their foul footsteps' pollution.
No refuge could save the hireling and slave
From the terror of flight, or the gloom of the grave:
And the star-spangled banner in triumph doth wave,
O'er the land of the free and the home of the brave.

O thus be it ever, when freemen shall stand
Between their loved home and the war's desolation.
Blest with vict'ry and peace, may the Heav'n rescued land
Praise the Power that hath made and preserved us a nation!
Then conquer we must, when our cause it is just,
And this be our motto: "In God is our trust."
And the star-spangled banner in triumph shall wave
O'er the land of the free and the home of the brave!