Pet Adoption Clinics, Vaccination Clinics and other Cat and Dog Things Happen All Over San Antonio Each Week 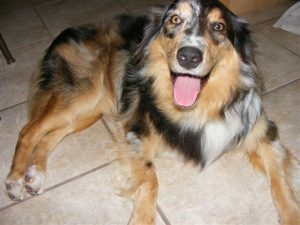 There is a saying which has been kicking around in the back of my mind for years, to the effect that you do not find your pets – they find you. In some cases, usually those of the feline persuasion, they are the ones who actively pick you, by moving in and making themselves at home. Now and again, dogs have also been known to do this: most recently in my case, the little black dog that I nick-named 'the little shadow' which my daughter found running around in the street in front of a highly trafficked neighborhood yard-sale a number of weeks ago. A nice little black dog, very affectionate, well-behaved and clean, of a certain age in dog-years, and giving evidence in the fact that he had been neutered, tail-bobbed and taken to a groomer within a few weeks of being found . . . all of this indicated to us that he had simply become separated accidentally from a doting owner, and returning him would be a piece of cake. 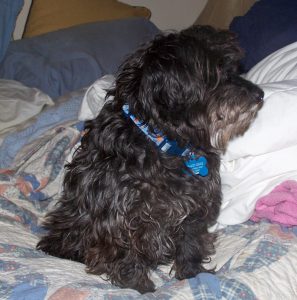 There is a world of difference between a dog who is a beloved pet, and whose people are frantically searching, and that the sort of dog who has been dumped, but it seems that lately that difference has become sadly narrowed. All the usual and familiar avenues of returning a lost dog were explored and came up empty in this case. Eventually, all we could think was that perhaps his owner had died, or become incapacitated, and whoever was sorting out the household couldn't be bothered to do any more than drive to a nice neighborhood, open the car door and boot him out.

In any case we became quite fond of him. We had an assortment of small-dog accessories and necessities left after the sad passing of Spike the Shih-Tzu, and little dogs don't eat that much, so . . . well, why not? So, there he is, curled up underneath my desk as I am writing this. We named him Connor, because he was found near our San Antonio home close to Stahl and O'Connor, and a judicious application of tasty treats has taught him to respond to it . . . so he is one of the lucky ones, as the fates of rescued dogs are measured.

For every thrown-away dog on the streets who doesn't find a likely sucker through their own charm and devices, the next-luckiest make it to a shelter; to Animal Rescue, or any number of the animal shelters, rescue services or to various specialty-breed foster care organizations. All of these institutions take a great deal of care with the lucky cats and dogs who are fortunate enough to make it to them. They are shown off at every opportunity and every possible venue: Spay-Neuter-Inject-Protect of San Antonio (SNIPSA), just to give an example is regularly at the Pearl Market on certain Saturdays, showing off the most amiable and appealing of their charges. There are so many dogs like Connor, like the dogs we saw a couple of weekends ago at the Pearl – they deserve a home for real.