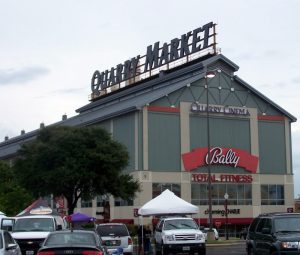 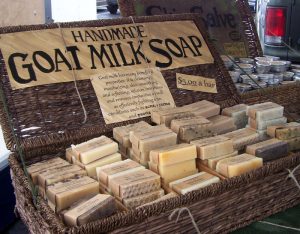 The Quarry Farmers and Ranchers Market 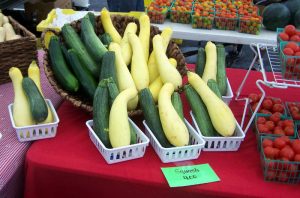 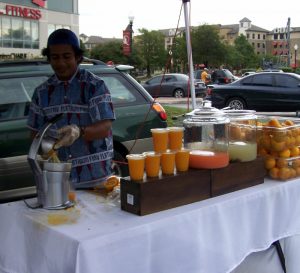 It's one of my habits – established when we lived in Athens in the early 1980s – going to the local street or farmer's market. It was the custom of the country that every neighborhood had a day of the week, when a three or four-block length of one of the main streets in the suburb would be blocked off, and the local vendors and farmers would set up two rows of booths and sell to the community, beginning just before dawn and continuing through midday. It was usually seasonal fruits and vegetables, and each little booth pretty much specialized in one item – lemons, or artichokes on long stalks, or potatoes with patches of the damp soil they had been grown in still clinging to them. There was an egg-vendor, who sold the eggs in cones made up of newspaper, and a storekeeper with a larger trailer who had a variety of dried beans and macaroni, and often a crate of live snails, rustling and clicking their shells together. All was absolutely fresh, straight from the farm and cheaper than cheap. 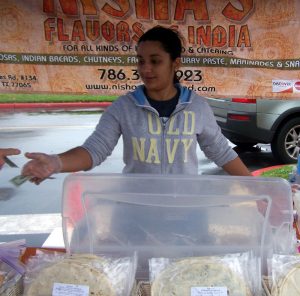 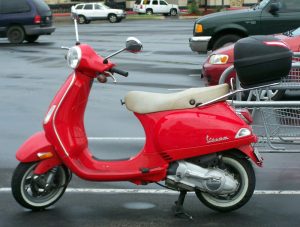 I've always hoped that our farmer's markets here could duplicate that experience; and the goods are fresh and straight from the farm, but alas, not as inexpensive as they were in Greece. The farmer's markets here do have their advantages though; the one held every Sunday morning save Easter in the parking lot of the Quarry Market is a perfect example; as half the venders seem to do the traditional fruits and vegetables, the other half a wide assortment of prepared gourmet foods. [Curious though, I didn't find the Quarry Market on the GoTexan Farmers Market list. (They probably should be listed.)] Cheese and chocolates and pies, oh, my! Imagine a pie made with fruit or nuts from Nanette Watson's Frio Farm, with their own eggs, butter churned by Nanette herself, and with her very own home-brewed flavoring extracts. That is a piece of pie that it is a delight to savor. 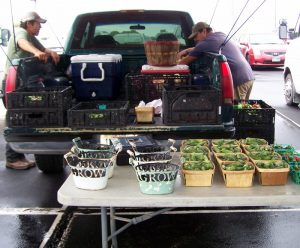 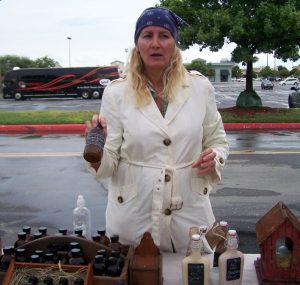 We cruised the two rows of booths – threatened rain didn't seem to hamper turnout at all, though there were some vendors on the Quarry Market Farmer's Market list who didn't seem to be there because of it. Most everyone had samples on offer – and scrumptious they were. La Panadaria's chocolate bread was absolutely scrumptious, and the chocolate samples from High Street Chocolate were out of this world. Peggy at High Street (she lives in Comfort, of course) is adventurous with flavoring, too – she has one flavor of chocolate, called Spicy Aztec which features ... well, red pepper, among others. That is a chocolate with an interesting burn, which sneaks up on you. My favorite is a thin expresso-flavored chocolate, which I believe would be absolutely divine as the chocolate element in gourmet chocolate-chip ice cream ... and if Peggy could work with Nanette at Frio Farm, and combine home-made ice-cream from Frio Farm's eggs, cream and vanilla ... I believe they would have something which would make Ben and Jerry's finest taste like something from Tasty-Freeze. 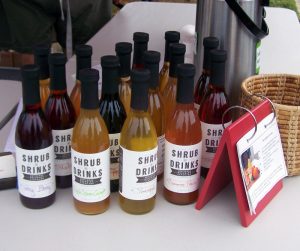 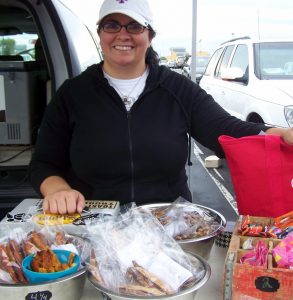 The final booth that we visited was – I think – the Lemonade Company, purveyors of fresh-squeezed lemonade and orange juice. The scent of the oranges teased me from three booths away. There is nothing so evocative to someone who grew up in Southern California as the scent of fresh oranges and lemons – and the sublime flavor of the juice freshly squeezed. Nothing like it in the world, and it has spoiled me ever since for supermarket orange juice. And that was my Sunday morning – yours? 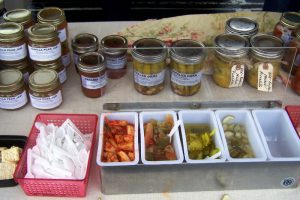 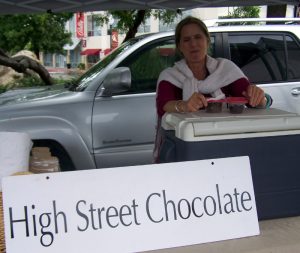