Rural in the City

Rural In the City-Voelker Dairy Farm 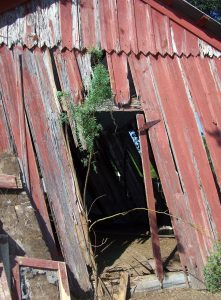 Within living memory, much of modern, built-up and suburban San Antonio was confined to well within the 410 Loop. I have friends not very much older than myself who can recall Nacodoches Road as a two-lane country road, doddling off into farmlands in the upland north of town, and those friends of my parents' age remember that the airport was away the heck and gone in the middle of nowhere, and Broadway at 410 was a dirt road. Here and there remain small islands and patches of rural activity: stone and frame houses of an earlier age, surrounded with crumbling outbuildings which once were barns and stables, marooned on a little patch of land while the tide of suburbia has all but engulfed all else. 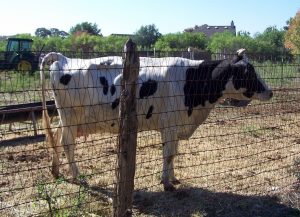 When I first moved to north-east San Antonio, there was a riding stable on Judson road, next to the Sam's Club: it is now closed and the land on the market, but there are two more stables which offer boarding and riding lessons that I know of, embedded in established neighborhoods: Oakwell Farms and Turkey Creek Stables. Kind of surprising to encounter these establishments, when tooling down an urban street, but there you are. 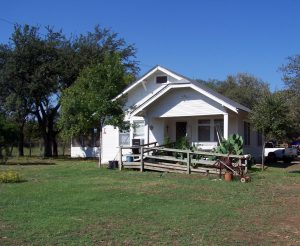 Now, one of the most significant rural enterprises remaining within San Antonio is embedded in Phil Hardberger Park, just about where Blanco intersects with the Wurzbach Parkway: more than three hundred acres of undeveloped wood and pastureland which formed the Voelcker Farm – a working dairy farm which was still operating under the original owner until just a decade or two ago. The farmhouse, the original farmhouse, the barns and outbuildings . . . and some urban cows are still there, as part of the park. Just last weekend there was a 'Dairy Day' event, aimed at educating children who may be a little uncertain as to where milk actually comes from (you mean, it doesn't just magically appear in a plastic gallon jug on the supermarket shelf?) and their parents, who may also be a little shaky on the concept. 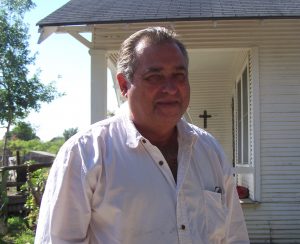 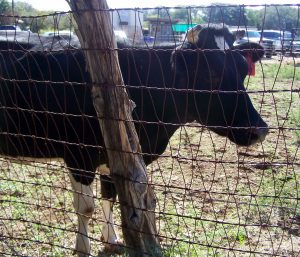 The old farm complex is right next to the start of a section of the Salado Creek Greenway. Elements of the park and the trail are still under construction, and the older buildings, which are as historic as they are dilapidated, are scheduled for repair and renovation. Certainly one of the barns leans as much to one side as the old frame building on Josephine Street which used to house the Liberty Bar; one good sneeze or the next high wind might bring it down entirely.

The old stone homestead was built onto with a frame addition; even so, it was still pretty small, although at one point in the 20th century it evidently housed someone, as there was a rusting TV antenna attached to the central chimney. 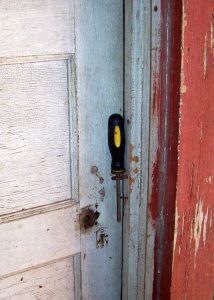 Alas, I arrived very late in the event: there was supposed to be a demonstration of milking a cow, and feeding calves, but by ten o'clock the cows were empty and the calves were full. The calves had retreated to an out-of-the-way corner in back of the most dilapidated barn, but the cows were mooching around in front. This, I think, must have been their most interesting day in months, but they didn't really seem to be interested in it. Cows are not exactly the life of the party animals. 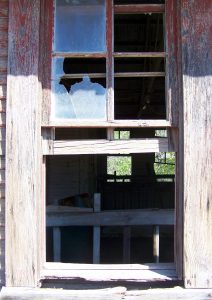 The Alamo Area Master Naturalists were there, handing out information on their classes, and little packets of native plant seeds and bluebonnet seeds, and also some flyers from the National Wildlife Federation, encouraging the planting of locally native plants. According to the Hardberger Park website, one of the long-time goals is to restore the original oak and meadow habitat – which is now quite overgrown with cedars and other invading species.