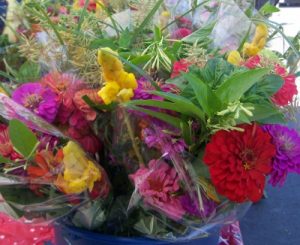 So, when we went to the yearly San Antonio Herb Market last Saturday, now that it has relocated from under the Oak trees at Aggie Park, to a splendid market-square venue around in back of the old Pearl Brewery stable building ... and what did we find, but a weekly Pearl Farmer's Market, round on the other side! 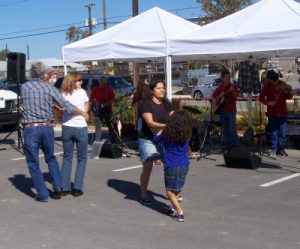 Gosh, we went for the potted plants and herbal stuff, and there was a whole market breaking out ... although, seriously, we should have had a clue, as we were looking for a parking place (under the 281, BTW) that we were in the neighborhood of serious foodie activity, seeing the people staggering away from the direction of the brick smokestack and the exuberantly beaux-arts dome of the old brewery main building, laden with shopping bags and flats of green herbs. That used to be the way that I located neighborhood street markets in Greece, and the very first time I went to the central produce market in Zaragoza, Spain. 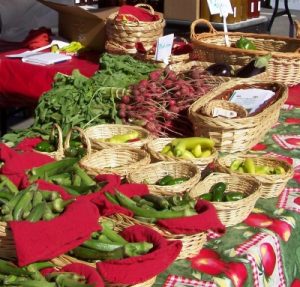 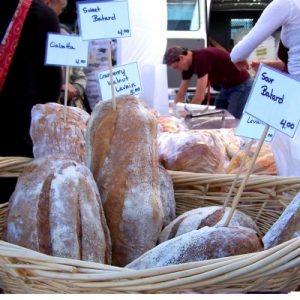 All I knew was that the regular weekly street-market was in such-and-such a neighborhood, on a certain day of the week. Or in the case of the central market in Zaragoza, that it was over near the Avenida Cesar Augusto, in a grand 19th century pavilion that was the very latest thing in modern design and convenience in, say 1895. Basically, the thing to look for was people with empty bags, or shopping trolleys going in a certain direction, and other people, with full bags and trolleys, coming away from that direction. 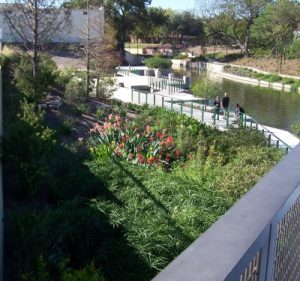 The Pearl Market has a bit to go, I think - before achieving the splendid bounties of fresh flowers, vegetables and fruits, cheeses, meats available in the European farmer's markets that I was used to, but they have gotten off to a very promising start. My daughter is still a little peeved that I didn't buy any of the bison jerky - but the roasted tomato pesto from Humble House Foods was absolutely sublime, as a component in a toasted-cheese sandwich. (I spread about a tablespoon on the inside of the bread, so it and the cheese could melt and mingle... food of the gods, people, food of the gods!) 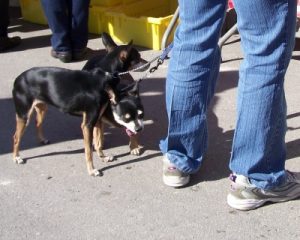 Their hummus dip was very good also, BTW - but they had sold out by the time we made a circuit of the vendors and come back. Oh, well - another Saturday... There were breads, baskets full of sturdy loaves, and I had a mad vision of Crocodile Dundee and a loaf of commercial supermarket bread, and him saying "A loaf of bread? Now THIS is a loaf of bread!" 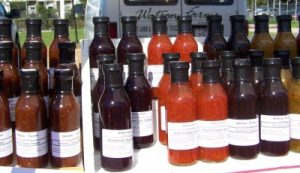 It was a bit European, in that shoppers had brought their dogs, too. There were a fair number of tables and chairs set out under awnings in the middle, so shoppers could sit and nibble and listen to music ... did I mention the music? Yes, there was a live Cajun band, and even people getting carried away and dancing. I have to say that's one-up on the European street markets that I remember - they did not have live music. And even better yet - the Pearl Market is on a terrace, overlooking a new extension of the Riverwalk; all very pleasant, under an open sky and on about the first Saturday of the autumn, when it is possible to go and walk about on the city pavement for a couple of hours in late morning without people making cracks about mad dogs, Englishmen, and the midday sun.