A Walk in the Gardens 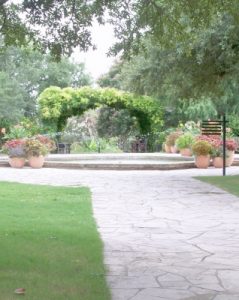 I am now convinced that every large to medium-sized American city which possesses some history and a fair amount of local wealth, also possesses a botanical garden housed in a once-magnificent gated estate with a marvelous garden; San Antonio's McNay Art Museum, for example - an old-family-estates-with-landscaped-grounds-now open for all to appreciate. 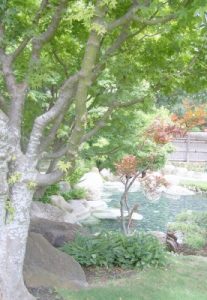 As a child growing up in suburban Southern California, my mother frequently took us to several such - Descanso Gardens, on the grounds of newspaper magnate Manchester Boddy's estate, the Los Angeles County Arboretum, which was once part of E.J. "Lucky" Baldwin's Santa Anita ranch, and the Huntington Library and Gardens, once the property of railway magnate Henry Huntingdon. (Mom had a weakness for extensive rose gardens, and also for dropping the three of us off for special kiddy summer education programs at Descanso. We just liked to feed the ducks, and explore the camellia wood.) 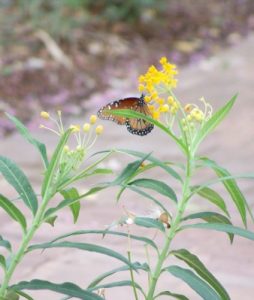 So, in wandering around the San Antonio Botanical Garden, I was quite surprised to discover that it was not, in fact, a relic of such an old estate, left in trust to the municipality by a public-spirited heir of a 19th century entrepreneur. The Botanical Garden was in fact only designed, constructed and planted over the last thirty to forty years in an old quarry and city waterworks, at what was once the far northern part of San Antonio and west of Fort Sam. 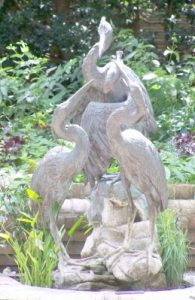 Amazing, actually - how speedily trees planted to fill in between whatever native oaks there may have been - have grown and adapted. From the general look of things, and from the age of the suburbs surrounding it, I would have guessed that garden must have been established long before 1970-1980. The area around Mahnke Park and North New Braunfels is stiff with 1920s Craftsman-style bungalows and rather charming Spanish Colonial Revival villas, all plaster and rust-red tile roofs. Within the garden itself, though, there are a couple of building relics of relatively greater age, like the Sullivan Carriage House and the Auld House, a Hill Country log cabin from the 1880s, which have been painstakingly removed from their original locations and established within the garden, among suitable plantings. And there are wonderful 360 degree views from the lookout pavilion, at the highest point of the garden - all the way to downtown San Antonio, actually. 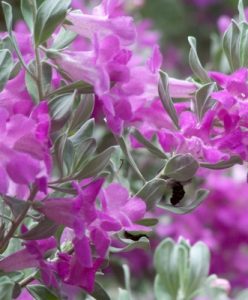 Of the specialty gardens, my daughter and I appreciated the sensory garden - a series of outdoor rooms, with many raised beds and trimmings of statuary - such as an armadillo, and an enchanted castle in pottery. The Japanese garden will be splendid in the fall, though, when all the maples are in color. (Note to self- schedule a return trip in September or so . . .) And of course, the most wonderful thing about a garden like this is - that no matter how many people are there, the place is so large, and so carefully designed that it still offers a feeling of solitude, walking slowly between the trees and under the arbor. 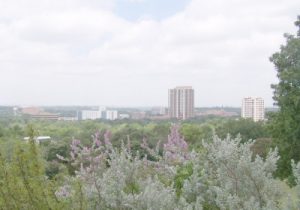 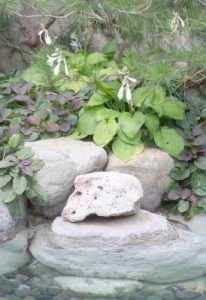 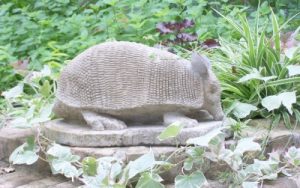