San Antonio Shows off its Artistic Side

San Antonio Shows off its Artistic Side 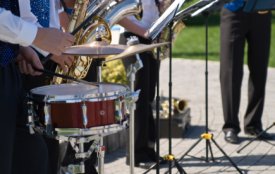 San Antonio is always a place that prides itself on its unique heritage and culture, and is quickly becoming known throughout the world for hosting art events and openings that are on par with, not only the bigger cities in Texas, but across the nation itself.  September brings a dazzling array of expositions, shows, and festivals to the city, with something for almost all tastes.

FOTOSEPTIEMBRE is an annual international photography festival, which takes place throughout the entire month of September at a variety of location in San Antonio and the Hill Country.  The show is heavy on local talent, with some of San Antonio’s finest photographers displaying their works, but the international artists are well-represented as well, with many artists from all over Latin America, Great Britain, Canada, France, Russia, Japan, Belgium, Spain, Singapore, Switzerland, and more.  Each photographer’s show is contained in one location, museum, gallery, or cultural center, and in addition to the exhibit itself, features talks given by curators, the photographers themselves, and public discussions on some of the themes.  The website fotoseptiembreusa.com has event information and schedules for all the exhibits.

In addition to still pictures, San Antonio also welcomes the moving pictures to town, in the form of the European Film Festival.  This year marks the fifth year San Antonio will host this event.  From Sept. 8-11, the Palladium will screen a variety of films from France, Germany, Greece, Italy, Spain, and Switzerland, and also host discussion panels with a number of film professors, writers, filmmakers, and industry specialists.  The festival is produced by Santikos Theaters, UTSA, the city of San Antonio, and a variety of European consulates.  Admission is free, and all movies will be shown with English subtitles four times daily.

Finally, music lovers will not want to miss Jazz’SAlive on Sept 20-21 at Travis Park.  While some of the acts are still to be determined, one major headliner is Dave Brubeck.  Jazz fans around the globe Brubeck as a musical genius, and in addition to playing with such legends as Louis Armstrong, Jimmy Rushing, and Carmen McRae, Brubeck has been inducted to numerous music Halls of Fame, and showered with accolades and awards.  Jazz’SAlive is sponsored by the San Antonio Parks Foundation and the city, and admission is free.  This year marks the 25th anniversary of the event, and one that music lovers won’t want to miss.

September is a month jam-packed with activities and cultural outings with something that should satisfy most all tastes.  San Antonio is quickly becoming known as a vibrant arts town, so come on out and support the artists and the city.  See you there!