So, knowing that on Saturd 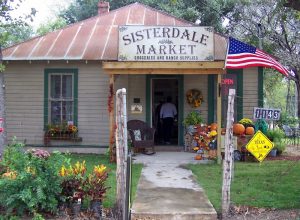 ay, May 10, that we will be tied up all day in the hot-pink-and-zebra-striped booth in the Beall's parking lot at 281 and Bulverde Crossing for the Bulverde Spring market – and that we had some projects to finish before then – my daughter and I declared Friday, May 2 to be our personal holiday, and embarked on a short road trip into the Hill Country. Yes, we love the Hill Country, especially when it appears to have been blessed with slightly more rain than we have had in San Antonio. I wanted to get some snaps that I could use for the cover of my next book, but alas – the bluebonnets were at their best last month. 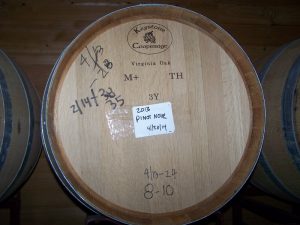 We went up through the back-road between Boerne and Luckenbach, which leads through Sisterdale; home of the Sister Creek Winery, and the Sisterdale Market just across the street from it – a tiny market, eatery and weekend event venue, where Chico the Tiny Chihuahua returned miraculously on last New Years Day, after an absence of about three weeks. We had a nice chat with the owner and admiring Chico, who apparently survived by hiding out in armadillo holes and drinking from a tiny spring, where his even tinier footprints were later noted. The Sisterdale Market is a charming place, in an old house by the side of the road. During Prohibition days, there was an illicit still in operation in the cellar – whoa – a cellar, for real? The still itself was, according to the current owner, taken out and buried someplace out in back. You'd have thought that the metal parts would have been easily found ... but between Sister Creeks, the soil is rich and deep, and easily-dug. 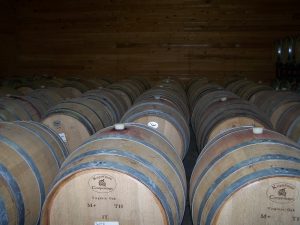 The Sister Creek Winery is another indicator of how steadily the Hill Country is progressing to a state where it might yet be mistaken for the south of France; not only have entrepreneurs experimented with producing goat cheese, olive oil and lavender over the last twenty years or so – there are also vineyards galore. Sister Creek is one of the longer-established; even on a non-holiday Friday there were cars outside – including a massive white stretch limo.

The show-room is an old cotton-gin, built of heavy oak beams, low-ceilinged and smelling of ancient wood. The newer part, where the heavy-lifting of making wine is done, has been added at the back; rooms where the grapes are processed and aged, first in huge stainless-steel tanks, and then in wooden barrels – rank after rank, each labeled with what they are and how long they have been sitting. Some of them are rather heavily stained around the massive wooden bung on top; and that lends another wonderful odor. When I was a very small child, I remember visiting a winery with my parents and grandparents; a wonderful place, set in a garden, and one huge wooden wine-vat, which must have measured at least thirty feet across, and two or three stories tall. It had been retired from active wine-ageing duty and converted into a kind of pavilion in the garden, but the smell of it inside was positively intoxicating in itself. I don't know if any of the wineries here now age wine in huge wooden barrels like that any more – but it would be a landmark if they did. After all, everything in Texas is supposed to be bigger.