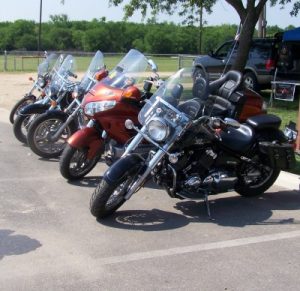 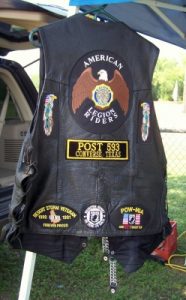 This last weekend, we took the big dog and went to check out the annual Spring Jubilee in Converse. Converse is another one of those once-separate-and-identifiable towns to the north and east of San Antonio, like Universal City, Live Oak, Selma, Bulverde and Wetmore which has merged more or less indistinguishably with greater suburban San Antonio. 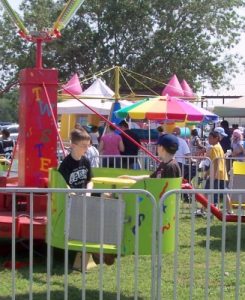 The larger and more out-laying towns still maintain a corporate identity, with things like city halls, fire departments, animal shelter and public parks - of which Converse's city park is definitely one of the finest. This was the location for the third annual spring jubilee, to benefit the local American Legion post- which since Converse is practically next door to Randolph AFB and just up the road a little way from Fort Sam Houston - boasts a large and active membership, especially that segment of it which rides motorbikes. No, this is most definitely not your father's or your grandfather's American Legion. The Jubilee rolled together a parade, a chili cook-off, live bands, a car and motorcycle show and run, and carnival rides for the children . . . and the usual much, much more. 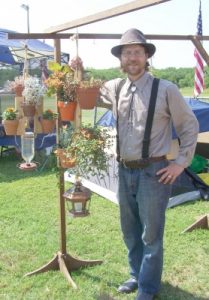 The park was green and very well kept, with a winding seasonal creek cutting across one part, the banks well-grown with yellow Indian Blanket wildflowers - alas, it was terribly hot, even early in the day, so we were wilting by half-past noon. The lady selling orchids was not, or the pleasant young man selling very clever little wooden plant hangers, for suspending any number of small pots from notches cut in either side of a long plank. This kind of arrangement would be perfect for someone trying to garden from an apartment balcony, for the plants would spread up and down, rather than out. The Converse Animal Shelter was also there, with some very appealing puppies for adoption. This is one of the local no-kill shelters - and my, I had to drag my daughter away from the cutest of them. 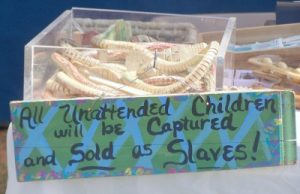 I think we spent the longest time at a specialty tee shirt booth - there were quite a few original designs, some of them to do with the Twilight books, and a lot to do with zombies. My daughter liked the "I fight like a girl" design. The designer has a regular booth at the Eisenhower Road flea-market: the inspiration for this particular design was her own daughter . . . who is, thank you very much - very, very, very good at personal self-defense. (So is mine, thanks to eight years in the Marines.)

All in all, a good morning spent - and we are so looking forward to Night in Old Converse, when it will, with luck, be much, much cooler. 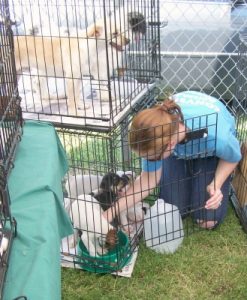 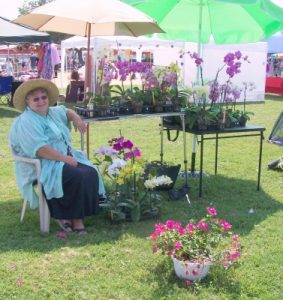 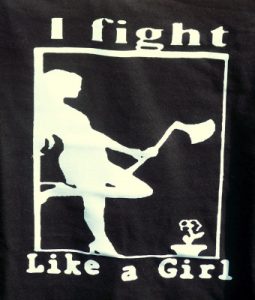