The Teashop in the Village 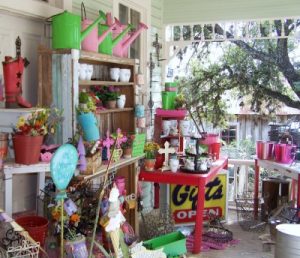 Yes, there is a tea-shop in the village; Bracken Village that is. A tea-shop, serving fresh-brewed pots of tea, and scones and all of that, in two Victorian-style rooms and on the veranda of a quaint little house, restored lovingly, and sitting among others of like, around a gazebo in a grove of oak trees, out on Nacogdoches Road, beyond 1604 in San Antonio. Originally it was a farmstead, known as the Wiederstein-Burkhardt home-place, a tiny house and a carriage barn, but over the last decade, other historic houses have been moved in, renovated and put to new use as shops and boutiques, an art studio, a salon/day spa and a gymnasium. There are garden plantings in between the houses; in the spring it all looks as gorgeous as the setting for a Disney movie set in a small American town. One place, "Country Gatherings" even holds regular classes in hooking old-fashioned woolen rugs, in what was once the hayloft of a quaint old barn. 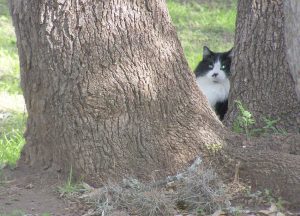 Some of the houses are tiny - many are ornate, with deep, generous porches. All are historic, and from the local area. Not a few, including the Borgfeld House, which is in the process of reconstruction, are of a peculiar German style of half-timber construction called fachwork. The framework walls of the house, the openings for windows and doorways are made of heavy beams, fitted and braced - and then the interstices filled in with brick, or cut stone. Sometimes this was plastered over, entirely - or in the case of the Borgfeld house, covered with board siding. 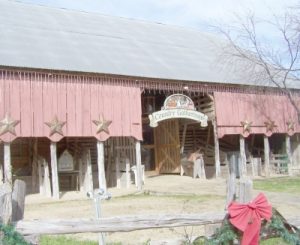 There are, at present, two places to eat at Bracken Village - 23 Skadoo, which has Red Hat stuff galore, and does things like soups, salads and sandwiches, and then there is the tea-room, British Sensations, which is in the building which used to house another popular tea-room, Bawdsy Manor. British Sensations also has a stock of imported foods and candies - things like Marmite and the kind of steamed-pudding-inna-can that I remember fondly from a summer spent traveling in England and staying in Youth Hostels. You boil the can in a saucepan full of water for about twenty minutes, then open the can - and yes, this sounds odd, but it was very good. The chocolate puddings were particularly tasty. 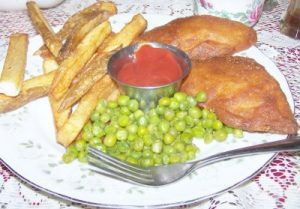 The tea-room also offers staple British fare - you know, fish and chips, bangers and mash, shepherd's pie, and that sort of solid and hearty fare. Which when it is bad, is pretty awful - but when it is good, is very, very good - even sublime. We tried out the fish-n-chips, and the shepherd's pie, mostly because we were eating at mid-afternoon, and that was all that was available after the lunch rush; oh, and it was good, too, not interminably held over a steam table or something. The fish was tasty, cooked in a crisp crust, and the chips were fresh, too. Shepherd's pie can be dreadful, but it also was good; a particularly British variant on meat and potatoes, with the meat pie portion baked with a mashed-potato crust. 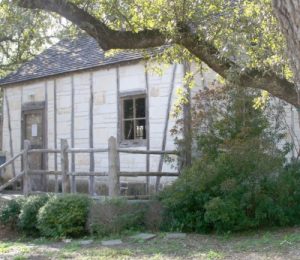 And the best part - it's not even all that far away; just up Nacogdoches Road, past the bridge over Salado Creek. 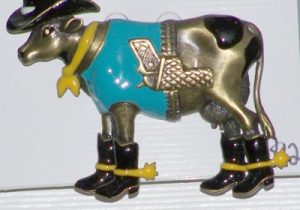 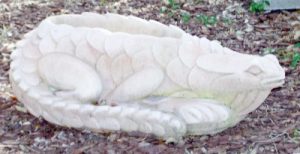 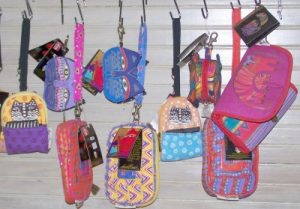