The Gifts of Texas Are Upon You 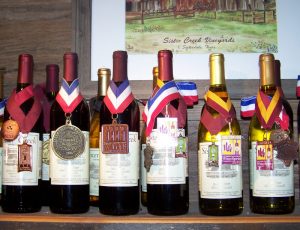 It is that time of year again, isn't it? It's that happy season when custom commands that gifts large and small, yet always carefully and tastefully chosen, are bestowed upon spouses, children, families, kinfolk, co-workers, neighbors and sometimes even relative strangers. It doesn't matter much that it's Christmas, Hanukah, or Kwanzaa; custom commands that suitable gifts be exchanged at this time of the year – and in fact, the relative health of our national economy often depends upon lively retail sales during the last fiscal quarter of the year. Coincidentally, I most always have good sales of the printed editions of my books during this time, although that may just happen because I bestir myself to go and participate in seasonal craft fairs then. 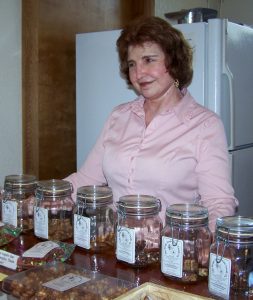 This is also the very best time to go out searching for Texas-themed gifts – that kind of gift that is completely and totally uniquely Texas. I mean, I have never in any of the other states I have lived in or visited, seen cake pans or blocks of cheddar cheese shaped like the state itself, or – with the possible exception of Hawaii – seen the state flag and/or map featured in such a wide array of garments. 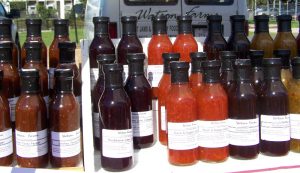 And if one went for Texas-themed and Texas manufactured foodstuffs of an easily-transportable nature, the sky is the limit. There are so many small local gourmet firms manufacturing pickles, jams and chutneys, salsa, olive oil, BBQ and pasta sauces, herbs and spice mixtures ... not to mention smoked and cured meats and sausages, and the output of Texas vineyards ... that I firmly believe you could live entirely off the output of them year round. I believe about the only haute-gourmet foods not being produced locally would be Strasbourg-style goose-liver pate and true Russian caviar ... and I would not be in the least surprised to find out that some ambitious and more than usually ambitious Texas capitalist is having a go at those, too. These enterprises have a happy knack of going large, too. Once upon a time, when we were newly-arrived in San Antonio, the only place where we could find Fisher & Weiser sauces and jams was a couple of outlets in Fredericksburg – and now they are in HEB stores everywhere, and even – miracle of miracles – available through Amazon. 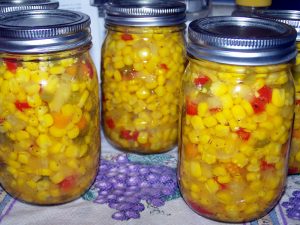 This year, we are going to do good gifts for our neighbors again; last year, it was flavored olive oil and herb vinegar, with a little round of home-made cheese and a small baguette of home-baked bread. This year, it's going to be a selection of home-made preserves, especially the ones that we made as a cheaper and healthier alternative ... and then discovered that, wow, they were really good: A jar of mixed vegetable pickles, or okra pickles, packed in with spiced pineapple spears, and a small jar of either strawberry or fig jam. The jars will be packed into small craft-paper shopping bags, and padded with red and white gingham pattered tissue paper – something simple, tasteful and inexpensive. It's always good to get back to basics – and something edible is always welcome.