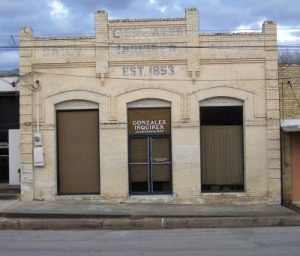 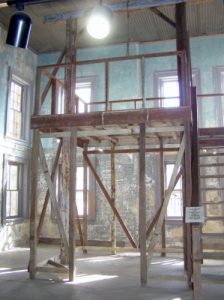 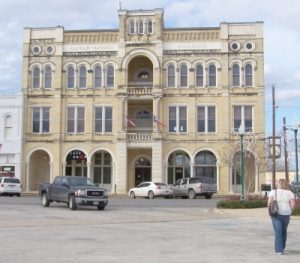 Just about an hour and fifteen minutes drive from our San Antonio home is the old town of Gonzales. This was the central settlement of the Green DeWitt colony - and the farthest outpost to the west of all those towns settled in the 1820s and 1830s. It is also a link on the Texas Independence Trail, if you start at Schertz and go through Seguin and Cost - but if you take IH-10 East and get off at Luling, then you can sample the fabulous deli and bakery at Buc-ee's before heading south to Gonzales- six of one and half a dozen of the other, I expect. (And yes, the restrooms at Buc-ee's are every bit as fabulous as advertised.) 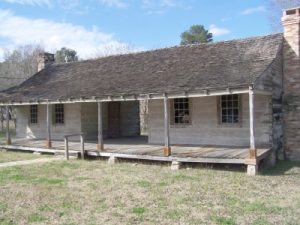 Gonzales was named after the Mexican governor of Coahuila y Tejas, and laid out in a neat grid of city blocks, each block divided into six lots. This layout is still preserved in present-day Gonzales; including a row across the middle of town set aside for civic purposes. Only one building, the Eggleston House - a dog-trot log cabin with a shake roof - remains to give an idea of what it looked like in 1835 - when Gonzales became Texas's own Lexington.

In September, 1835 the commander of Mexican military forces in Bexar sent a handful of soldiers and a small oxcart, to retrieve a small cannon, which had been issued to the citizens to protect them from Indian raids. The cannon was surplus to military needs, and slightly damaged, but the settlers valued it, and refused to surrender it, even when the small party was followed up by a larger one. The cannon was repaired and mounted on a make-shift gun-carriage. From across the river, the men of Gonzales taunted the Mexican soldiers - "Come and Take It!" was on a banner made from a silk wedding dress. Before the end of the year, Texas was in rebellion. Early in the spring of 1836, a mounted company of Gonzales volunteers joined the defenders of the Alamo - and it was to Gonzales that Sam Houston came to gather militia and volunteers to break that siege. But it was in Gonzales that word came of the fall of the Alamo - and from where Sam Houston's army began retreating into East Texas. The Runaway Scrape began from Gonzales, as the town was burned on Houston's orders. 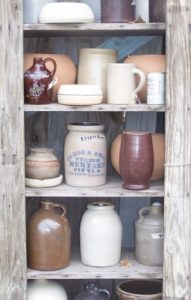 When the citizens returned, they rebuilt, and on the same grid pattern - among significant historical buildings is the old jail itself - built of locally manufactured brick - and a fabulous collection of late 19th century historical homes, clustered around the central squares. The Gonzales county courthouse is another marvelous entry in what seemed to be an ongoing contest among Texas counties in the late 19th century to build the most ornate courthouse evah! The central square is lined with 19th century commercial buildings, including one which once was a gentleman's haberdashery, and which now is packed to the rafters with . . . well, all sorts of stuff. There may be a dis-articulated dinosaur skeleton, the Holy Grail and Davy Crockett's original coonskin cap, all stashed away in there, somewhere.

What is supposed to be the original "Come and Take It" cannon is now on display in the 1930's WPA Memorial Museum on Smith Street. The nearby Eggleston House is also open to the public - and houses of similar early vintage are also on display at the Gonzales Pioneer Village, just on the edge of town, on US Highway 183. 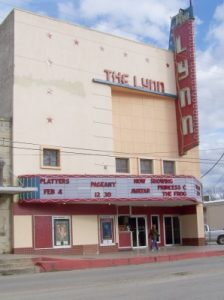 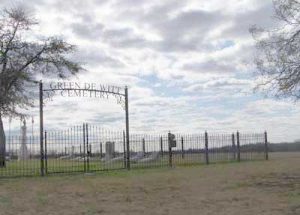 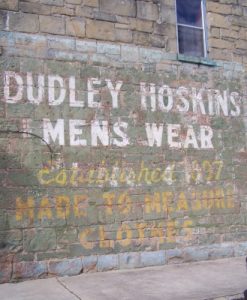