The Twig Bookstore - At Pearl Brewery

The Twig - Planted in a New Place 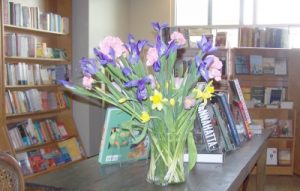 If you call San Antonio home and love books, and cherish independent bookstores, want children to love books - then of course, you know the Twig Bookstore and it's twiglet offshoot, the Red Balloon. They were on of Broadway, north of the HEB Central Market, but now they are in new and roomier quarters in the Full Goods Building at the Pearl Brewery. I always loved the Twig - especially since I had done signings for my books there - but the premises they were in on Broadway always seemed a bit cramped, three eccentrically shaped rooms with the shelves of books crammed in wherever they fitted. At the Pearl, they have one large, airy room - and it didn't seem to be the least cramped, even though it was full of children and parents, and books, upon books upon books. The odds of being re-ended as you back out of one of the parking places in front are probably reduced, although perhaps Saturday traffic at the Farmers' Market may still afford the same fender-crunching thrills previously experienced when trying to back out into traffic on Broadway. 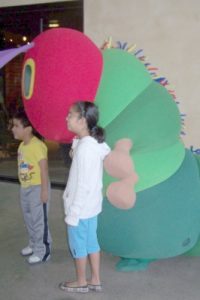 Yes, the Twig is now adjacent to the weekly Farmers' Market at the Pearl, which we visited a while back. We paid a return visit, purchasing some relatively inexpensive food items - a loaf of dense and luscious bread, some olive tapenade, which made me seriously re-think my decades-long dislike of olives, and a pound of incredibly fresh mushrooms. Yes, some very fine artisan foodstuffs on offer; but not what I became accustomed to in the regular farmers' market/street market in Greece and in Spain. There, the freshness was glorious, the fruits and vegetables, eggs and specialty foods were straight from the farm, and piled up in plenty - but they were also appreciably cheaper than a supermarket - a large part of the appeal to the ordinary shopper. Buy straight from the producer, shave off a few pennies by cutting a distributor and retailer out of the loop - alas, the goods at the Pearl Farmers' Market are wonderful, top-quality, but not all that much of a bargain. It's a sort of HEB Central Market in the open air and with live music and lots of dogs on leashes. 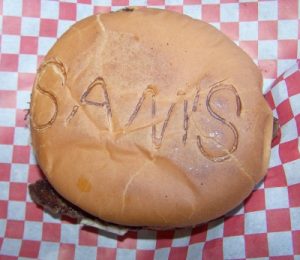 For our bite of lunch we took refuge from yuppies and puppies in an eccentric and divvy place on the other side of 281 - Sam's Burger Joint, at the corner of Grayson and Broadway, or as I realized, at the metaphorical corner of Trendily Expensive and Gloriously Low-Rent. The faint smell from the grill at lunchtime wafted to us from a block away. Although there is plenty of outdoor seating, it was a bit chilly, so we chose to sit inside and appreciate the rustic décor, which seems to have been assembled from yard-sales, thrift-shops and the oil-change place on the corner of Nacogdoches and Judson, which also features a lot of old license plates. Sam's Burgers has live music in the evenings, a line out the door at weekday lunchtimes, swing-dance lessons in the adjoining dance hall out in back, and burgers the size of a restaurant-sized bread and butter plate. Mine arrived so fresh from the grill the meat was still sizzling. My daughter had a chili-dog; no ordinary chili-dog this, but a brat with a scoop of home-made chili poured over it, and the chili wasn't made with that tasteless, cheap skillet-mix meat that usually features in fast-food chili-dogs, either. It was glorious - and neither of us had any appetite whatsoever for dinner that night. 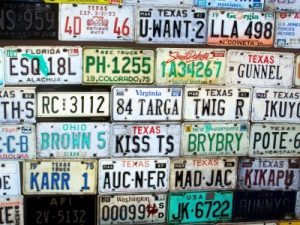 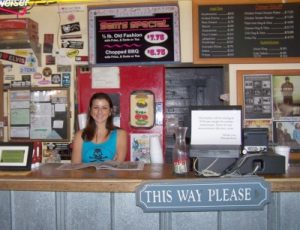 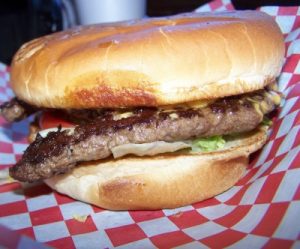 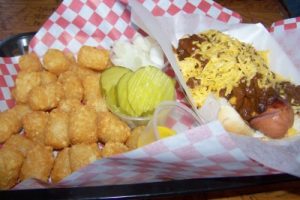