Critters in the City 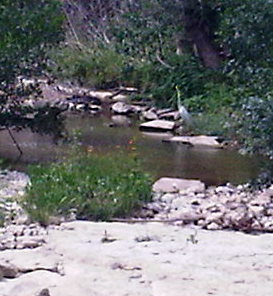 A good few years ago I had a project for a college class in ecology, a topic that I already knew a good bit about, thanks to Dad. Yea, my bretheren and sisteren, at that time, the whole concept of ecology was a brand new and shiny one, with that nice fresh concept smell to it. Dad, being the working research biologist, had introduced us it ages before – when we were in grade school, as a matter of fact. My class project involved finding out about nominally wild animals living in the city. In that pre-internet and search-engine day this involved a daisy chain of phone calls, beginning with the city animal control office, until I wound up talking to (IIRC) a gentlemen at the Bureau of Land Management, who kept saying that really, he didn't know all that much about it, but talked for nearly an hour telling me of all kinds of examples and incidents involving wild animals settling down rather happily in suburbia, and even deep in city high-rises. 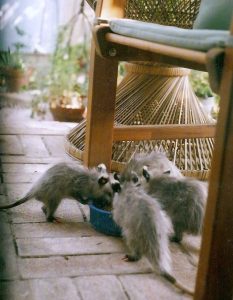 At the time, we lived in the hills, on the far fringes of a suburb nestled against a national forest; miles and miles of chaparral-covered hills and semi-dry creeks, so that we were already acquainted with coyotes and foxes, and once we had even found the tracks of a mountain lion, deep in the canyon on the muddy bank of a creek. I thought that I had left that kind of untrammeled wild-life far behind upon moving into a fairly built-up suburb in San Antonio, but no... there is plenty of wildlife, happily roaming in or flying over the neighborhoods. 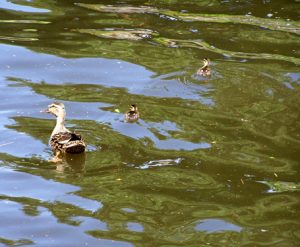 There are enough fingers of woodland along the creeks and parks connecting them to support quantities of deer. In Hollywood Park the resident deer herd is seen as sort of community pet and the main campus of USAA also supports their own herd. The only surprising thing is that there are no apex predators preying on the deer save automobiles ... yet, anyway. A couple of years ago one of my neighbors nailed a deer with his car, on Nacogdoches between Judson and O'Connor. The deer was killed – so was his radiator. I presume that there are coyotes and foxes prowling some of the denser thickets, although I have not seen or heard any – and believe me, although coyotes may be shy, they are not quiet. 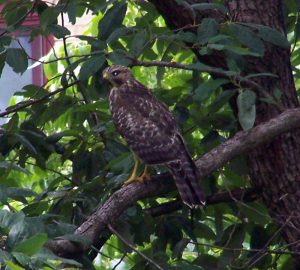 The suburban critters that I have seen – and sometimes up close and personal are possums and raccoons. Just this very week I have had a young raccoon removed from where it had been making a messy nest under the eaves of the back porch. One morning when I came out to get the newspaper, I surprised some skunk kittens on my front porch. A neighbor had just demolished the deck at the back of her house, evicting them. I had a family of opossum kittens living in my garden for a while; four of them, who seemed to like the cat food that I put out for the timid semi-feral cat that I was trying to tame. I was eventually successful with the cat, but not the opossums. 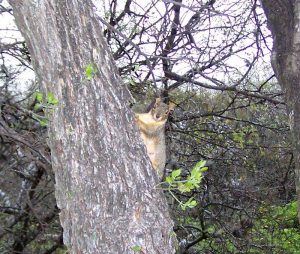 Birds now – egrets in the creek bottomlands, rails and ducks in plenty, and wherever squirrels are in plenty, there will be hawks. There are several nesting pairs in my neighborhood alone, performing the office of chlorine in the squirrel gene pool – in two instances, sitting in the mulberry tree in the back yard, chowing down a nice bit of tender squirrel al la plein air. The wild kingdom is all around us, even in the middle of the city. 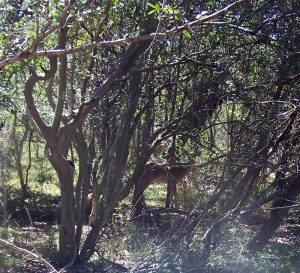 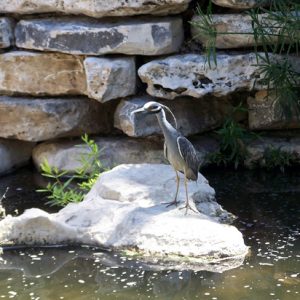