When all you have in your yard is dandelions

When all you have in your yard is dandelions . . . 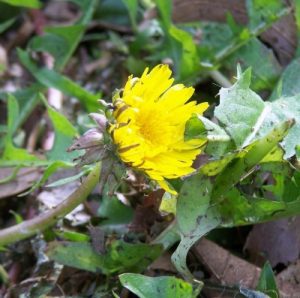 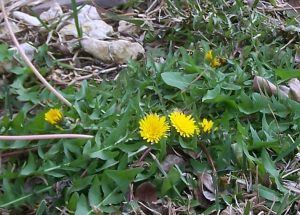 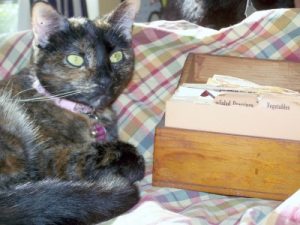 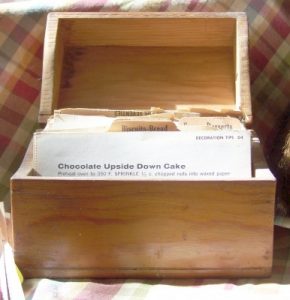 Then it's time to make dandelion wine. When my Granny Jessie passed on, in the early 1990's, one of the things that came to me was a little square wooden box full of recipe cards, although to be frank and fair, Granny Jessie probably did not use the recipes in it; some pre-printed on standard stock, cut out from magazines, others hand-copied in pencil, or merely cut from newspaper pages - and most of those are as brittle as ashes. No, I think she saved them because they intrigued her, or someone at a church pot-luck supper who brought something that she liked the taste of, scribbled it down for her, and she thought that she might make them someday. Some of the recipes cut from the newspaper have dates on them - from the 1970s mostly. Some of them, of course, may be older. But Granny Jessie wasn't that much of an adventurous cook - even before Grandpa Jim died; Grandpa Jim being one of those who thought salt and pepper was about as far out on the culinary edge of things as any human being ought to go. No, Granny Jessie did basic, early 20th century American cooking - which, when it was good, was very good. Her rice pudding (with raisins in it!) and her version of shoo-fly pie was sublime. 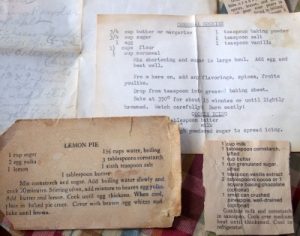 Among the adventurous curiosities in the little wooden recipe box was a newspaper clipping which so intrigued me that I copied out all the recipes therein - the topic was dandelions. Everyone knows what dandelions are, and people who are proud of their lawns spend a great deal of effort, expense and toxic chemicals eradicating them . . . and expense and effort which might not be necessary if we considered dandelions as a garden crop, instead. Yes, indeedy, the darned things are edible - at least when they are tender and young, and have not had any of the aforementioned chemicals poured upon them. Instead, what about a salad of dandelion greens - with bacon! Everything goes better with bacon! And what about dandelion wine?

Fry until crisp - 3 slices bacon. Arrange in a flat, shallow dish, several cups of clean, dry dandelion greens, and crumble the bacon over it. Garnish with finely chopped chives and parsley. Dress with 2 TBsp vinegar and 1 TBsp olive oil, and a sprinkling of salt and pepper.

Trim leaves from whole plant, just where they turn green. Trim off root, just below crown, and clean thoroughly. Simmer for 5 minutes in water, then drain and simmer in fresh water another five minutes. Serve with a little melted butter and fresh pepper. Crowns may also be marinated for at least four hours in ½ cup olive oil, ¼ cup vinegar, 1 sliced garlic clove and a thinly sliced onion.

Clean sepals from and wash thoroughly 6 cups dandelion blossoms. Place in a sterilized jar and cover with 3 quarts boiling water. Add rind from 2 lemons and 2 oranges, Cover mouth of jar with plastic wrap and allow to set for 2 days.

Strain liquid into another sterilized jar and stir in: 2 ½ pounds sugar, juice of 2 lemons and 2 oranges, ½ lb raisins, coarsely ground, and ½ package yeast. Cover and set away for one week. Strain into a gallon jug, adding additional water to fill, if necessary. Seal tightly and allow to ferment for 3 months. When it stops fermenting, pour into another jar and allow to stand until clarified. Bottle, and seal, and allow to age.