There's something weird
in the neighborhood,
who're you gonna call?

There's something strange
and it don't look good,
who're you gonna call?

Being that this is the real and completely material and logical world - probably not Ghostbusters. Given a range of personal, fire, law-enforcement and medical emergencies where time is of the essence, you will probably pick up the phone, dial 9-11 or some variant, and be connected with a wide assortment of emergency response personnel – all of whom were on display – along with a nerd’s delight of specialized equipment and vehicles last Saturday in the parking lot of the Forum shopping center, at the intersection of 35 and 1604. A number of small towns; Schertz, Live Oak, Universal City, Selma - once geographically separate and distinct are now more or less merged with greater San Antonio as far as roads and rooftops are concerned, but they still are separate municipalities. And there truly was something to cover any law-enforcement, vehicular or natural-disaster caused emergency, whether it was land-born (the Guadalupe County SWAT team vehicle) air-born (an air-life helicopter ambulance, and a couple of ladder trucks with very long ladders) or water-born (the Lake Dunlap speedy pontoon-boat.)

Of course, this was a draw for families and children of all ages, being given the chance to examine up close, and thoroughly explore the insides of at all kinds of trucks, cars, boats and helicopters, which in the usual work-a-day-world are either going by very fast, at some distance or both. In every case, there were representatives of the various services standing by to demonstrate or explain. The culmination of the morning was the life-flight helicopter taking off and flying over, low and slow – and fire department personnel demonstrating their technique and tools used in efficiently disassembling a wrecked automobile in order to extract the injured within. (In the process of which they probably ruined every single chance of a late model Honda Accura getting any money back through a wrecking-yard from the sales of un-wrecked spare parts.) It took twenty minutes to hack and pry off the doors and top, and then pull the front engine compartment away – but I am thinking they probably can do all of that in a real emergency and using the range of interesting and/or specialized power tools available - in considerably less time.

And my daughter has come up with a reason for the usually friendly and fraternal but sometimes-sorta-serious rivalry between cops and firemen . . . the firemen have at their disposal and hands-down a much better assortment of non-lethal power tools.

But a marvelous time was had by all – large engines, powerful vehicles and an extensive range of power tools – what better way to spend a morning? They do this every year, it seems. 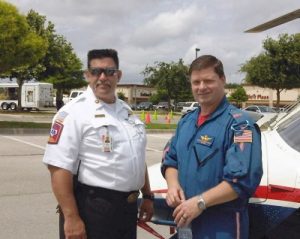 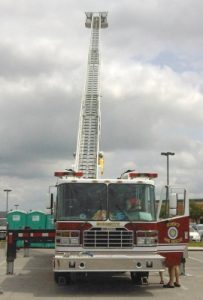 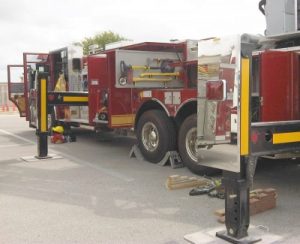 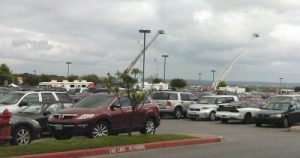 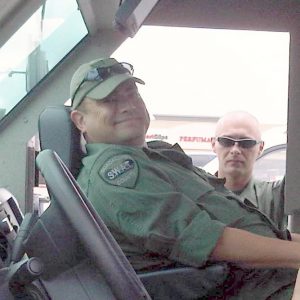 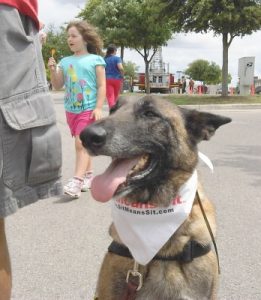 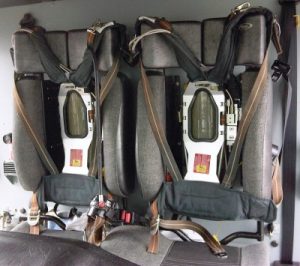 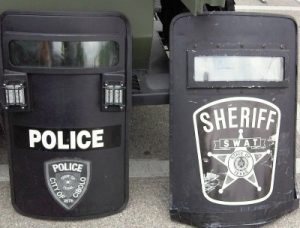 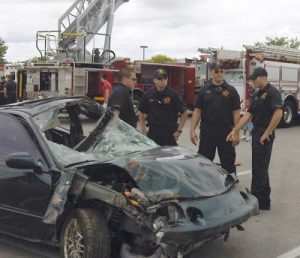 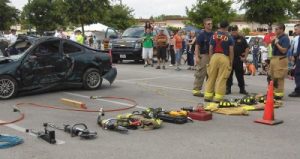 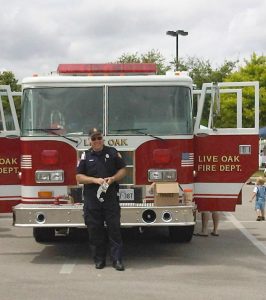 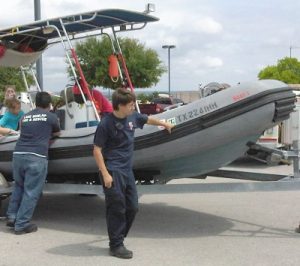